The Acer Predator 17X is a beast of a laptop.

One of the first laptops to feature a full-blown desktop NVIDIA GTX 980 graphics card, it also houses a 6th gen Intel i7 processor, 32GBs of DDR4 RAM, a 1TB hard drive, 512GB solid-state drive which means, it’ll handle pretty much any game you throw at it on the highest settings. 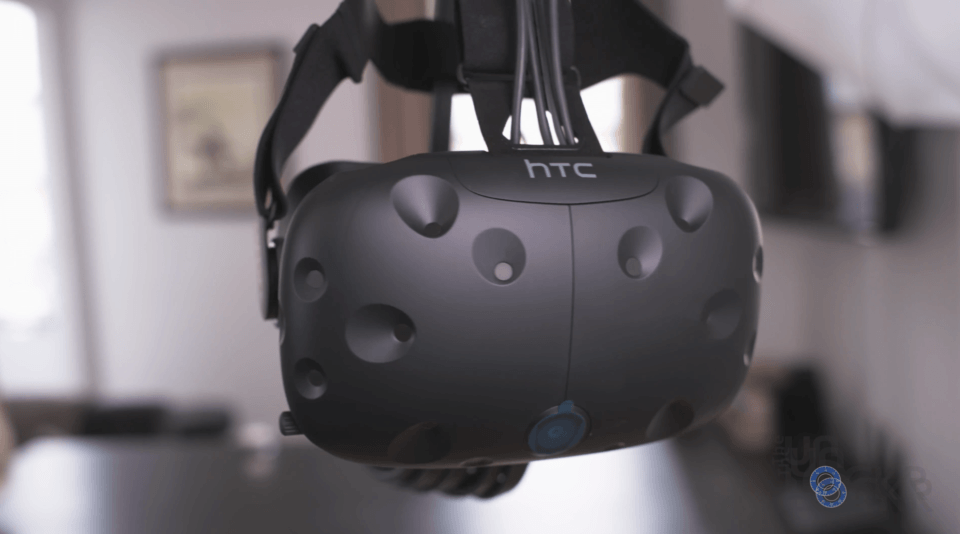 Beyond your normal gaming, that desktop 980 graphics card means this guy can do another trick that most gaming laptops can’t. It can run VR.

The Oculus Rift, the HTC Vive, and any other current gaming headset can plug into the Predator 17X and within moments you can say goodbye to your real world and cook burgers for robots, or whatever. This also means you can now bring your VR headset and this laptop over a friend’s house and introduce them to the craziness that is proper VR and watch as it blows their fragile mind.

Laptop Is a Loose Term 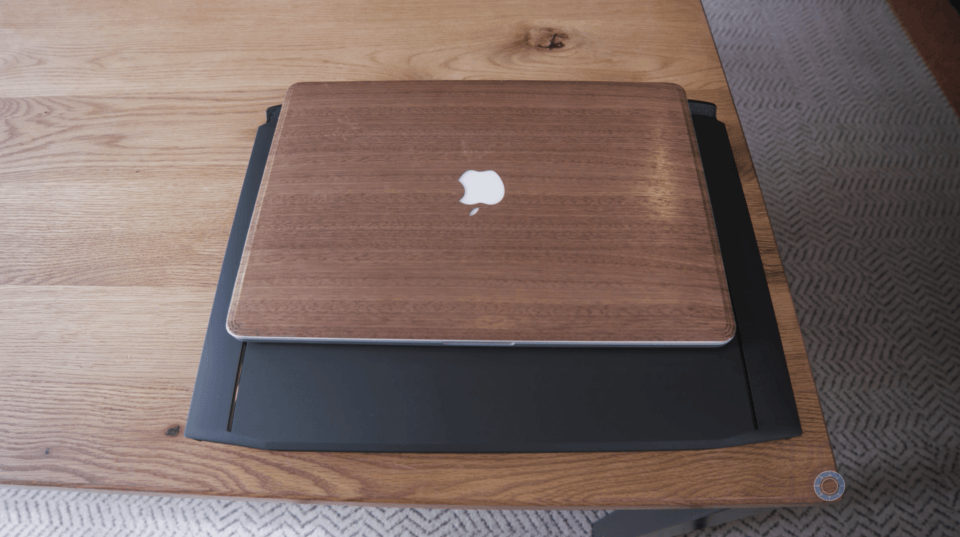 The only issue with that being, well, with all of those desktop like components in it, it isn’t the most portable of laptops, if we’re honest.

While the HTC Vive and all of its components will fit neatly into a backpack, the 17X, really doesn’t. In fact, I couldn’t even fit it in my travel backpack that I use to fit my entire stock of tech when I’m on the road.

With this huge size and weight of about 10 lbs (which doesn’t include the X lb charger it comes with), I wouldn’t quite call it portable. It also has an estimated battery life of about 3 hours which means you can’t really be too far from a plug for too long. But, considering that for something with the same kind of specs you’re looking at something like this, it is able to move from LAN party to LAN party or from your house to a friend’s a lot easier. 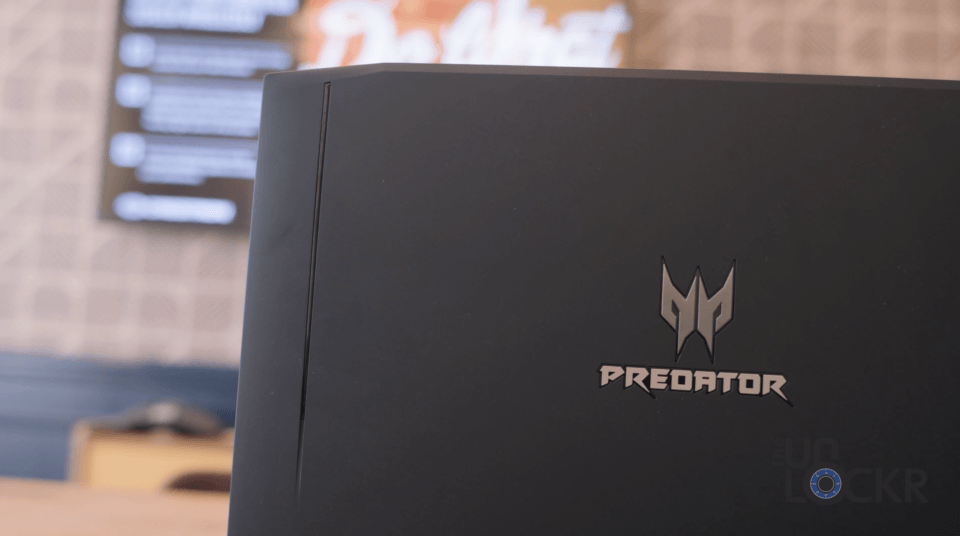 When you do eventually lug it over to a friend’s house or LAN party, however, you will most likely turn some heads.

The laptop is covered in this matte finish, that I personally like, and has some serious red accents along with a light up predator logo on the hood.

It also has a fully customizable RGB backlit keyboard that has specific zones you can customize as well as an outline for the all important WASD buttons that can all be controlled from the included PredatorSense program.

It sort of looks like it might get up at any moment, transform into a Decepticon and start a fight with your other appliances in the house. 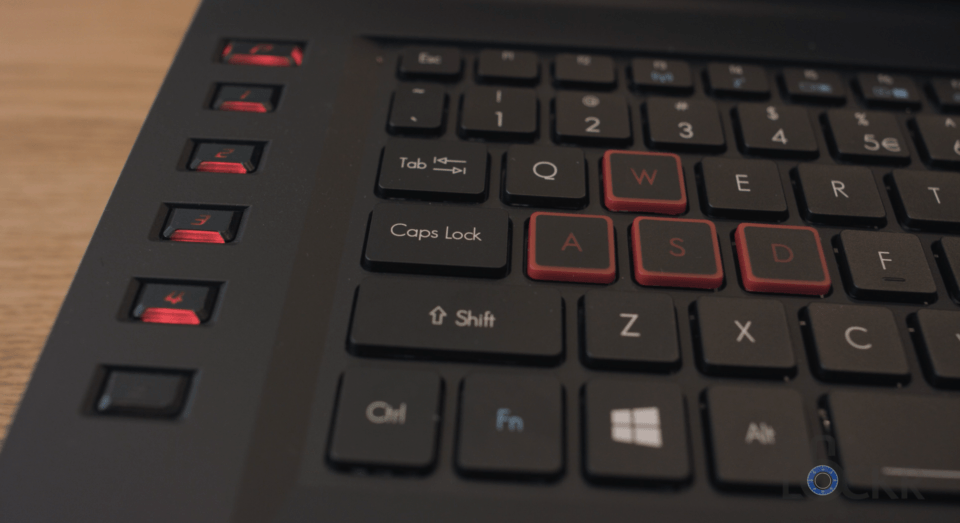 The keyboard and trackpad are proper. The keys have decent travel and feel solid while the trackpad is actually really precise compared to any other Windows laptop I’ve used. Most gamers will most likely use their own separate mouse though, and Acer actually accounted for this with a quick toggle to disable the trackpad and avoid any accidental grazings.

There are also programmable keys that can be setup for 3 profile groups, each with their own colors, for a total of 15 hotkeys. (something gamers will undoubtedly appreciate). You can also setup macros, or sequence commands, using the same program used to control the lighting to get a series of commands launched with the push of a button. 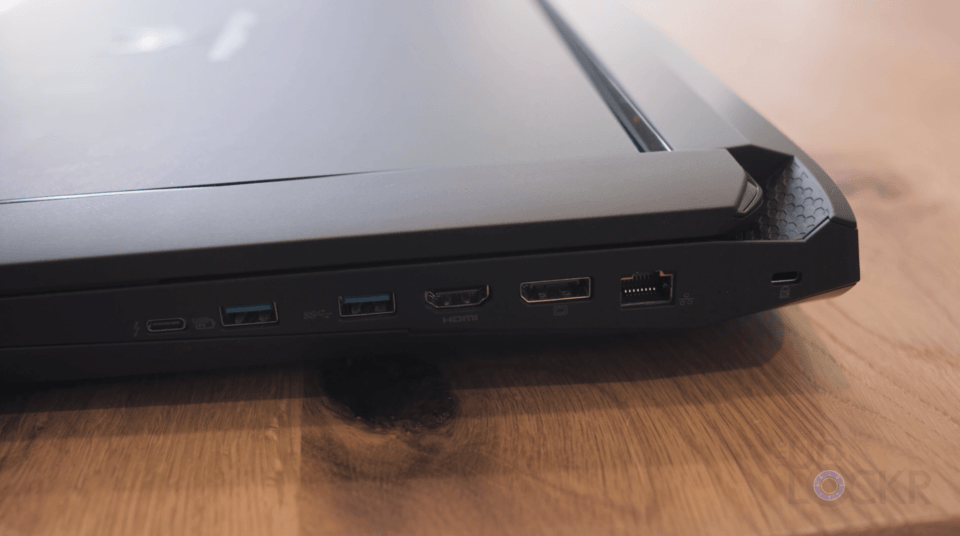 Now what is all this power if you stuck waiting for things to buffer half the time? The Predator 17X has an 802.11ac Wi-Fi adapter as well as an ethernet port and even has a program that will automatically prioritize your gaming traffic over your other web data to ensure your game runs better than your email program.

In addition to that ethernet port, the 17X has no shortage of other ports. With headphone and microphone ports, 4 USB 3.0 ports, a full HDMI and DisplayPort, and a USB 3.1 Type-C Thunderbolt 3 port, it has port for any peripheral you might need to add to it. 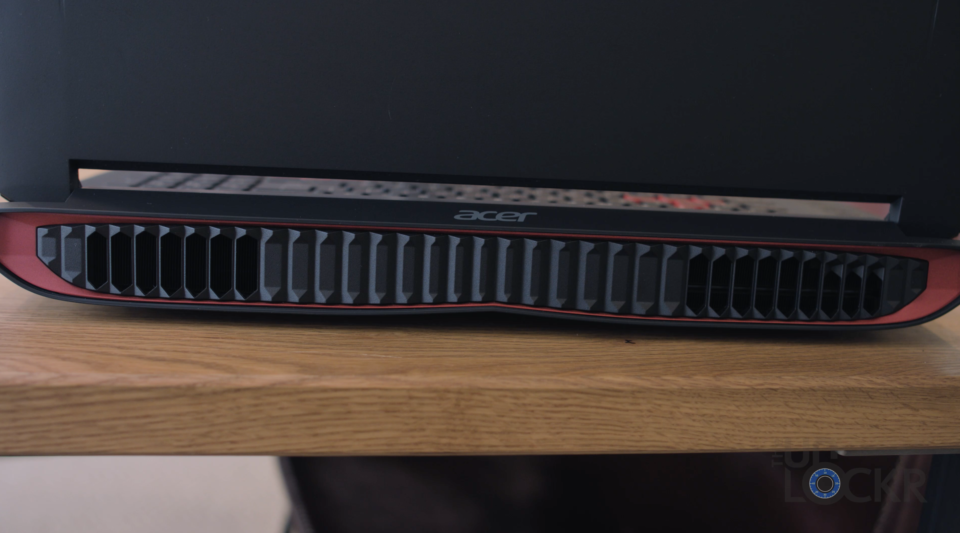 All of this power is bound to generate some serious heat. Acer built a custom cooling system for the 17X that resembles something in a sports car. A large air intake in the front with two fans with super thin blades that run the cool air over the system and then expel the hot air out the equally large exhaust vent in the back.

Did I Mention Performance?

DigitalTrends, a popular tech site, put this thing to the test in a number of benchmarks against some of its competitors and the numbers don’t disappoint.

Head here for all of the different benchmarks that DT put it through.

All in all, when it comes to power for the money, this thing does pretty well. The only gaming laptop that managed to eek it out is the Origin, but, again that one is another $1000. It’s a great choice for a serious gamer and if you decide to use it for other things and carry it around, you’ll just have a challenge finding something to put it in.