Google’s taking a crack at some fancy UI design. In their latest update, Android 5.0 aka Lollipop, Google’s done a fair bit of tweaking to the UI, animations, and the like (along with some optimizations for performance as usual) and it’s not going unnoticed.

Most people seem to be having some great opinions of the new software upgrade and praising Google’s choices for the look & feel. I, for one, am a fan and after upgrading a Nexus 5 to the new Android version, I’m even more impressed with the sheer speed of the system (even on a slightly older, not-the-most-amazingly-speced device).

In this video, I figured I’d do a quick walkthrough of the new features, changes, and upgrades that have been included with the new update for anyone wondering. Here goes:

With an even flatter design, fluid transitions, ripple effects, and even the ability for developers to use shared visual elements that can carry over from one view to the next, it’s pretty damn… well… pretty.

Apps float in to the screen smoothly, text pops into existence as it is entered, everything just feels a lot more fluid, more coherent, instead of jumping from separate app to separate home screen and back to separate app.

It’s not just all looks though, Android 5.0 makes Google’s own runtime for Java called ART (that’s replacing the much older JIT compiler from before) the standard that the device runs (it used to be a developer option in older versions of Android, but was hidden or removed by carriers).

What this essentially means though, is that the app is compiled as soon as it is installed, instead of needing to be compiled every time you open it. Bottom line, faster apps. 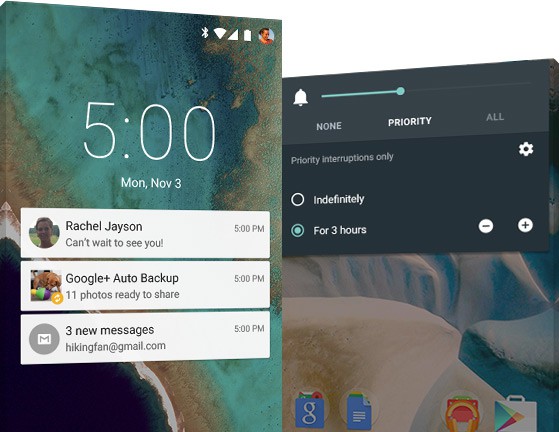 You can even setup a priority mode, which is basically Google’s name for Blocking or Do Not Disturb mode. It blocks notifications from announcing themselves when you turn it on except from the people (or type of people) you deem a priority.

A feature found in most modern Android devices anyway (thanks to manufacturers adding it themselves, but Google is finally making a standard in the OS itself in this release) is Quick Settings.

Pulling down the notification shade (or tapping it now) gives you your normal notifications list, but it also gives you access to turn on and off certain controls like Wifi, Bluetooth, etc. You can also tap the text beneath the icon for a control to be taken to it’s settings page if needed. 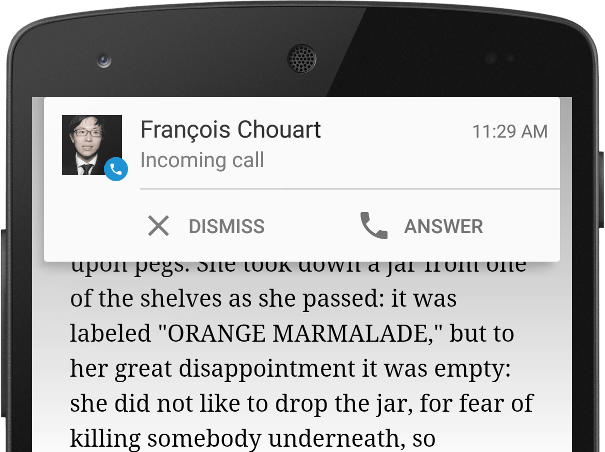 Notifications got an overhaul here, too. Important ones now appear as a small floating window at the top of the screen and have action buttons that can be used to interact with them without leaving the current view.

They also show on the lock screen with more options as well. You can even control how much content or detail they show. Handy if you have nosey friends, for example… 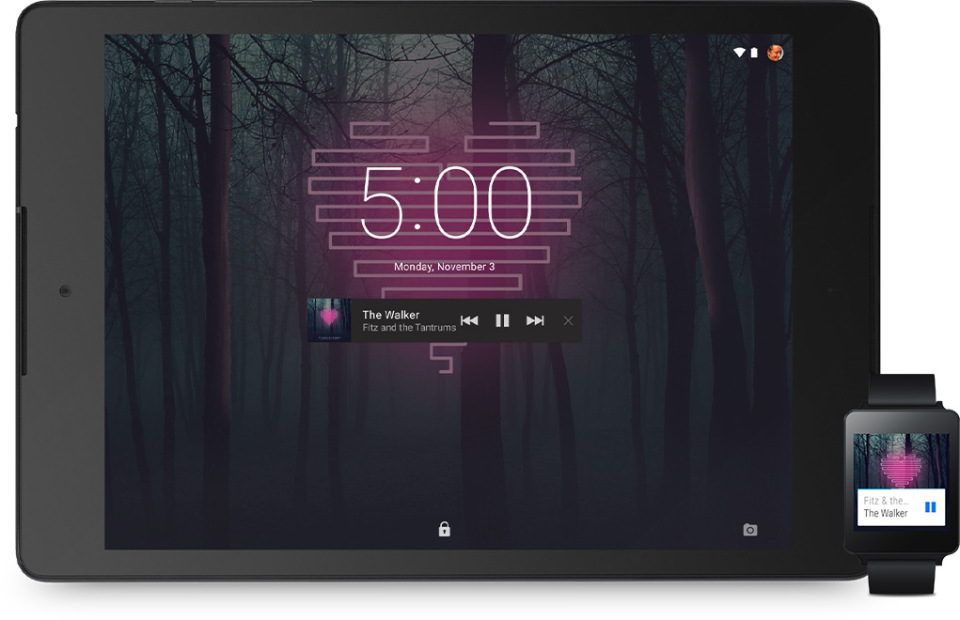 Google has also added some continuity (sound familiar?) to the OS. Essentially this means that whatever you are doing on one Android 5.0 device, you can continue doing (aka hand off) on another Android 5.0 device.

Google also hopes you’ll be buying and Android TV and using Android 5.0 on your watch, tablet, phone, TV, and essentially every other screen your house has (Google bathroom mirror a possibility??).

Multiple users are now allowed on phones and not just tables like before. You can setup new user profiles and they aren’t able to access any of your content, just their own. Now, you can let your friends borrow your phone at the bar without the fear that they’ll post obscene Facebook updates from your account!

Some other noticeable features include “OK, Google” always on listening even when the screen is off (like the Moto X has, but it’s only if your device supports “signal processing” like the Nexus 6, Nexus 9, etc.).

A power saver mode built directly into Android (instead of the versions that manufacturers add themselves).

Support for RAW file formats for the camera and more.

Bottom line is that even though it’s added some nice additional features, when you boil it down, it’s a version of Android that is just a lot smoother & prettier and that… is always a welcome addition to any operating system.

Let me know what you guys think of Android 5.0 “Lollipop” in the comments below!