You are here: News » Intel Just Announced an 18-core, 36-thread Core i9 Today

AMD and Intel are just one upping each other and it’s awesome (for us, the consumers).

The new i9 processor is the their new top model with a price of $1,999 but there will also be a bit more reasonable versions as well as new i7 processors being released, as well. Check out the full chart of their new processors below. 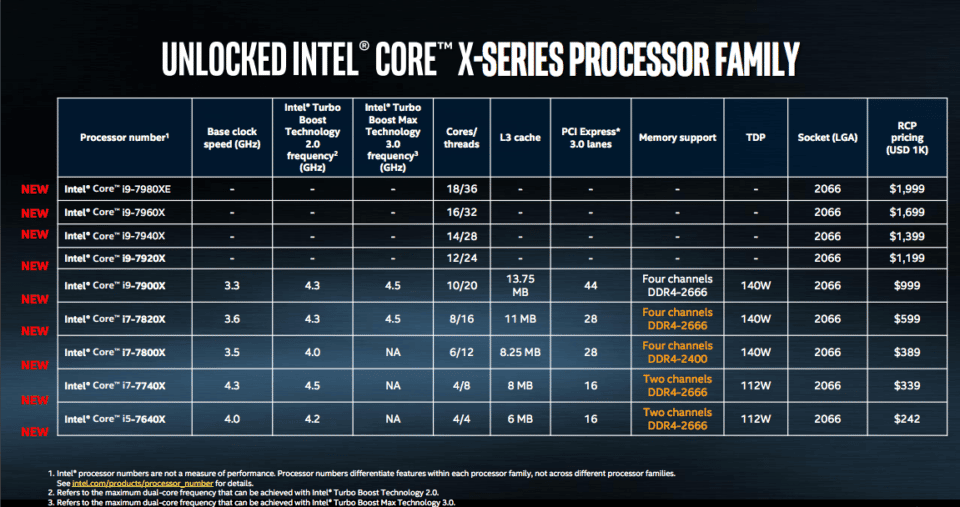 With this and NVIDIA’s new Q-Max program of designing laptops along side OEMs to increase performance, reduce noise, and make thinner laptops, this is a crazy time for powerful computers, no?

Thoughts guys? This enough to stop you from buying a Ryzen at the moment and wait a bit or no?