Acer recently launched their newest gaming laptop in their Predator Helios lineup. This time it’s a powerful, overclockable 17.3 beast called the Predator Helios 500. They were kind enough to let me test it out so I figured I’d do a complete walkthrough on it.

If you aren’t familiar, a complete walkthrough on my channel is where I go through as many features on a device as I can to help you be better informed should you be thinking about buying one.

With that said, there is a lot to go through so let’s get started with the hardware. 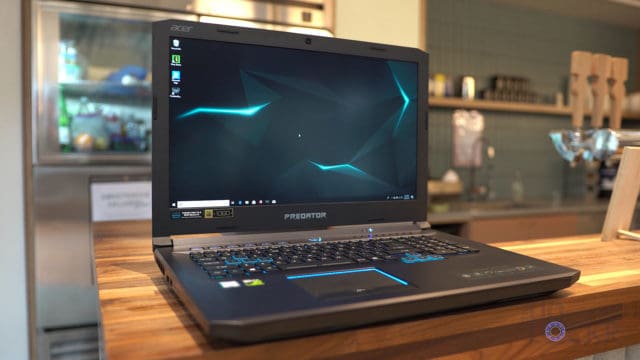 In normal Acer Predator fashion, this thing isn’t subtle about being a gaming laptop. Just look at the vents. 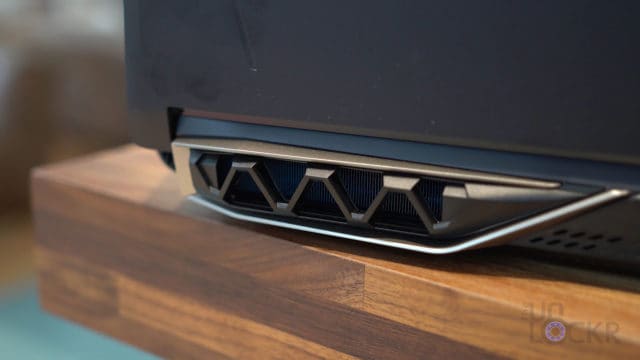 Oh and then check out the light up Predator logo on the back and the RGB colored keyboard (which has four zones you can independently customize using the included software by the way).

The screen is a 17.3″ IPS available in either 1080P with a 144hz refresh rate and G-Sync or 4K version that is simply slated as coming soon. 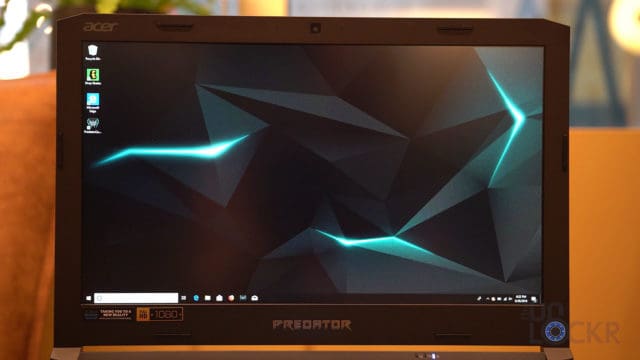 Because of that screen size, it’s not a light laptop, of course: weighing 8.8lbs and of course, it’s also not small. 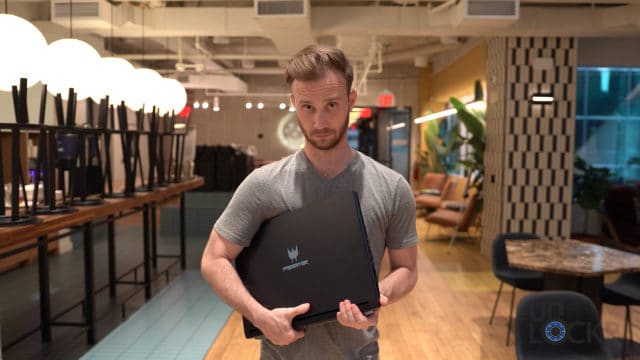 But that large chassis does afford a lot of room for things inside the laptop.

There are two models currently available. You can choose between an Intel Core i7 processor or an Intel Core i9 processor that Acer has unlocked for you to be able to overclock it if you want using their included software. 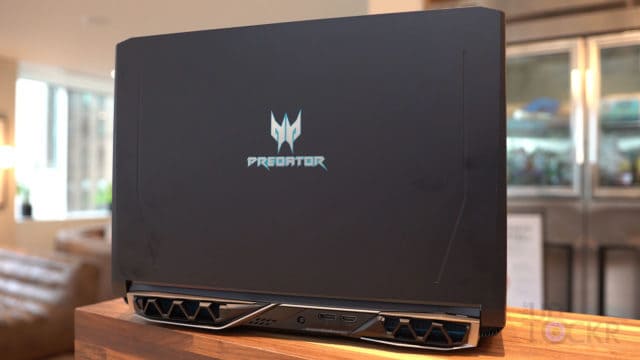 Beyond that, the two share the rest of their specs which include 16GBs of RAM, an NVIDIA GTX 1070 that is overclockable, four exhaust vents and two intake vents along with 5 heat pipes and two dual all-metal fans. 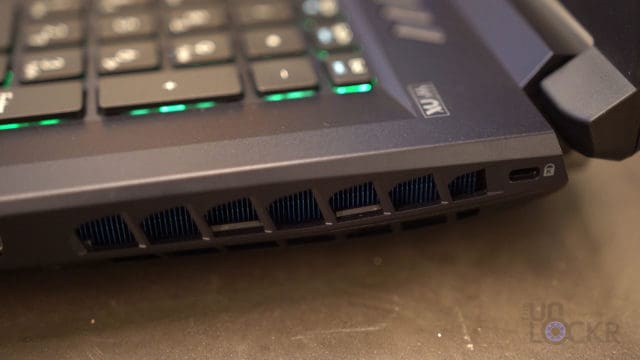 We have a precision touchpad (thankfully) that is blue-light illuminated, 5 dedicated hotkeys, two speakers and one subwoofer for 2.1 sound, two internal mics, and a 720P front facing webcam above the screen.

For ports, we have, not one, but two Thunderbolt 3 USB 3.1 USB-C ports. We have three USB 3.0 ports (one with power delivery), one DisplayPort, one HDMI 2.0 port, a Gigabit Ethernet port, a headphone jack, the DC-in power port and a Kensington lock (used to lock the computer to a desk in a shared work environment for example).

For connectivity, we have Killer DoubleShot Pro Wifi 802.11ac with 2×2 MIMO (which means it has two antennas for receiving and two for transmitting data over wifi which increases speed and reliability) and we have Bluetooth 5.0.

And one last thing to note about the hardware before we dive into the performance and battery life is located on the bottom. It’s these screws actually. 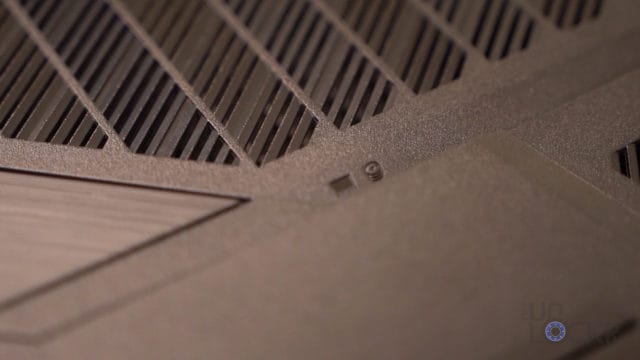 These allow you to remove the bottom of the laptop to reveal the two RAM memory slots that you can use to put in your own RAM up to the maximum supported 64GBs of RAM. Which is nuts.

You can also access the SSDs and HDDs this way so you are able to upgrade those if you want as well.

Powering this whole thing is a 4810mah battery, which is tiny frankly and only 810mah more battery than what’s in a Note9 to put that into perspective. And as such, it’s only rated to last 3.5 hours (which we’ll test shortly). 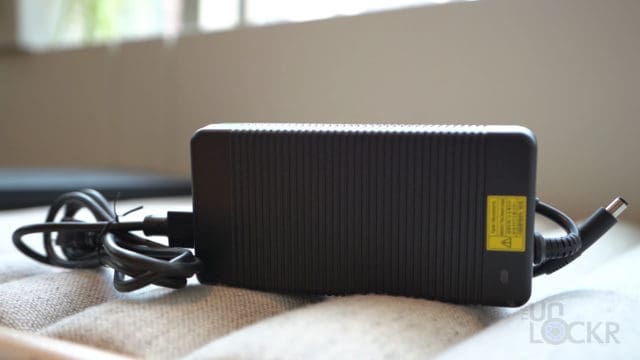 So needless to say, you sacrifice portability and battery life with the Helios 500 in favor of performance, ports, and storage.

Now, let’s see just how much battery life and performance we really get with some real-world tests.

First up, I use these type of computers to edit video on because gaming and video editing require the same resources basically so these generally are great editing machines. So for this test, I’ll render a video out and see how long it takes compared to other laptops in this price range. 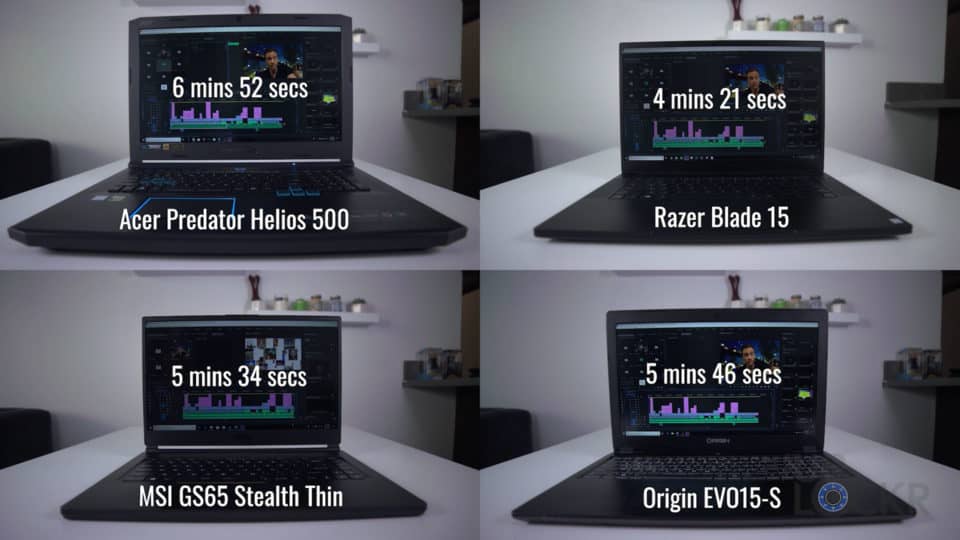 Now, let’s run 3D Mark’s FireStrike benchmark and see how it does. 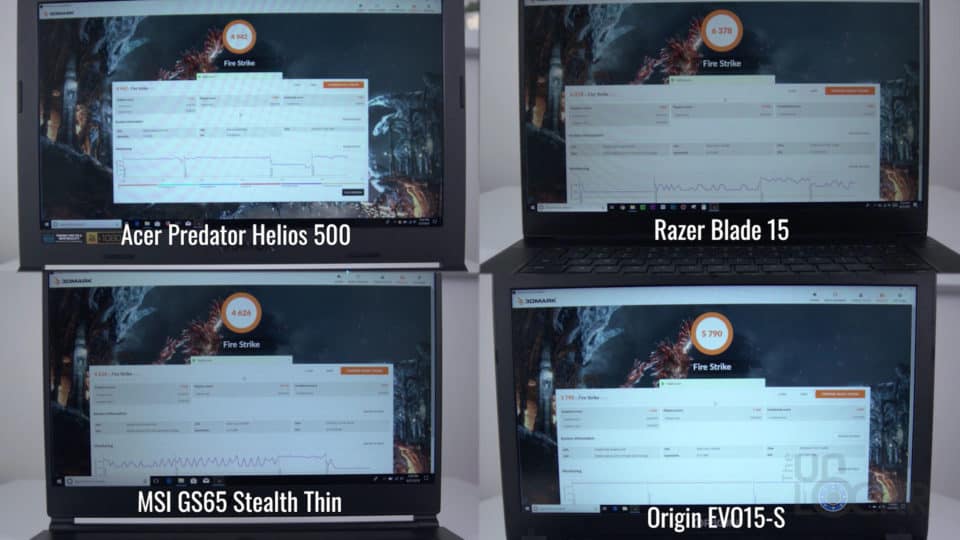 And finally, let’s play a video looping in fullscreen and see how long the battery lasts. 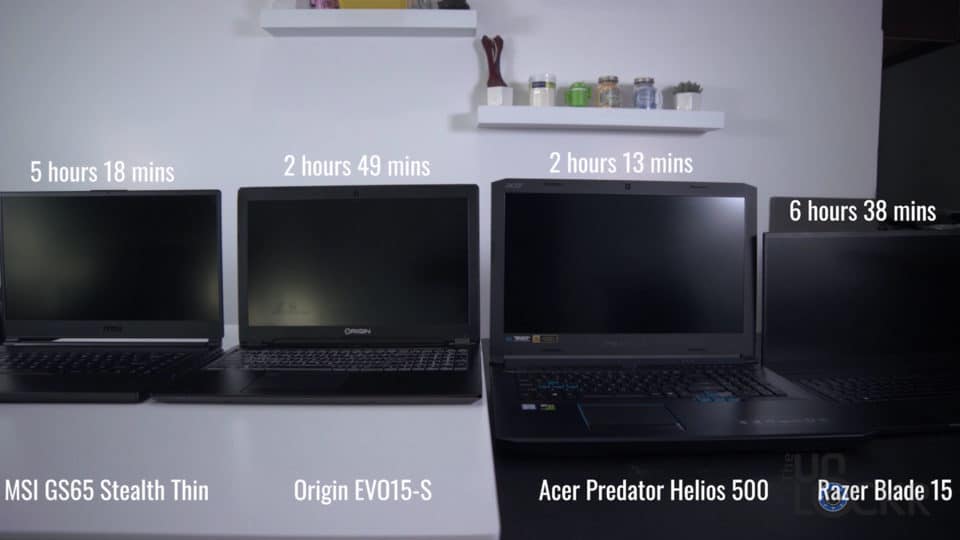 There you go, guys! Let me know what you guys think of the laptop in the comments below.

Head here for the best deal I could find on the Predator Helios 500 if interested.