Acer Reveals The GPU in Their Ultrathin Gaming Laptop (Hint: It’s Better Than I Expected)

You are here: News » Acer Reveals The GPU in Their Ultrathin Gaming Laptop (Hint: It’s Better Than I Expected)

Remember that Triton 700 super thin, metal gaming laptop I got to see at the Acer event in NYC last month? Well, when they showed it off, we didn’t know what GPU was inside. Until now.

Turns out alongside NVIDIA announcing they’re new Max-Q program with OEMs, a way of optimizing laptops with OEMs to get them to be more efficient and powerful from the ground up, Acer has announced that the Triton 700 we saw is one of the first members of this new program. Because of this, they managed to squeeze a full-blown GTX 1080 into a chassis that’s 18.9mm thick (that’s only about 1.6mm thicker than a Macbook Air, by the way).

For a refresher, here’s the specs of the Triton 700:

I, for one, am super interested in this laptop for video editing (and maybe replacing my Razer Blade I currently use). Just asked Acer for a review unit to put head to head with the Blade, so we’ll see how it does if that happens.

The only real concerns is the controversial placement of the trackpad above the keyboard instead of the usual under, but I do use a separate mouse with every Windows laptop I use because of how much I’m spoiled by MacBook trackpads so might not be a big deal. I am curious to see how that works in real life, though. 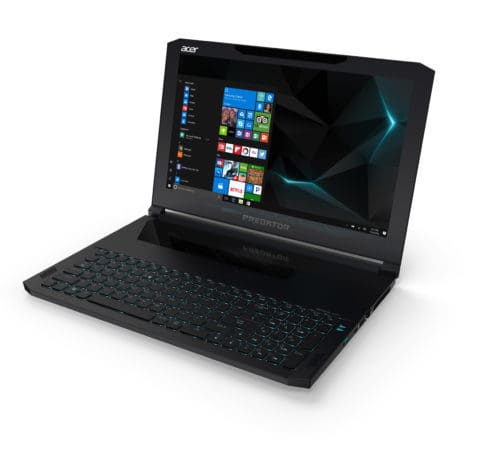 What do you guys think? Specs are pretty impressive and depending how much of that is included in that starting price of $2,999 will be a big factor in how well it does, I think (along with what other Max-Q laptops come out between now and Aug).