You are here: How To's » Phones » How to Make Any Android Phone Look Like the Pixel 2 (Video)

If you’re not going to buy a Pixel 2 but are still slightly feeling the sting of jealousy at how clean the software looks on the new devices sold by Google themselves, here’s a quick video on how to get all of that stock, slick Google software on whatever Android device you have–including those new live wallpapers that I’m personally in love with.

So in this video, I’ll show you how to make any Android phone look like the Pixel 2. 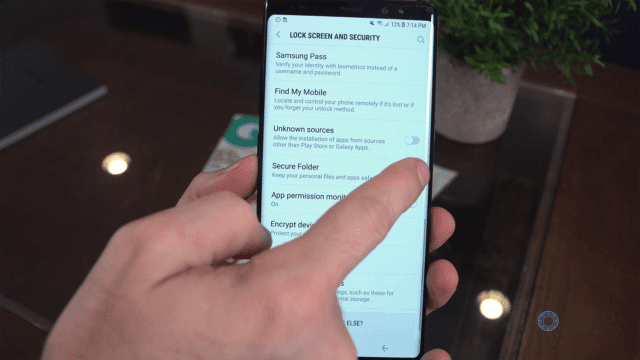 Before we get started we’re going to be downloading apps that aren’t in the Play Store and by default, these are blocked by our phones.

To allow them, head to Settings and, if you can, search for Allow Unknown Sources, or search through your settings for this (it’ll be there somewhere for sure just might be called another name). Then turn it on and we can continue.

First up, let’s change the launcher.

The launcher, if you aren’t familiar is an app basically that is just summoned whenever you hit the home button on your phone and then allows you to launch other apps from it. Whether you are aware or not, you are using a launcher right now, most likely a customized version from your manufacturer or if you’re privy to them, third-party ones from the Play store.

This is probably the single biggest change you can make to your Android phone and so let’s start there.

To get the Pixel 2 home screen look, you could go with the actual Google Now launcher from the Pixel by downloading it as an APK but since that isn’t going to work on all phones (and the Play Store version isn’t updated for the new Pixel2 look), I’ve found a simpler, more widely compatible option. 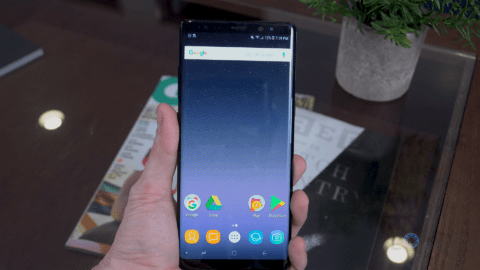 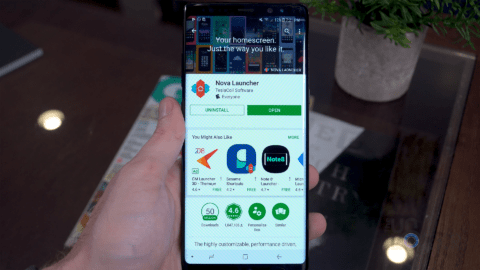 Once downloaded, we’re going to join their beta program to get the latest version of Nova that has ported a bunch of the new Pixel features to it as customizable options.

To do that, tap home and select Always when asked if you want to launch Nova from now on when tapping the home button (don’t worry you can easily undo this by uninstalling Nova) and then tap and hold on the background and tap the Settings icon. 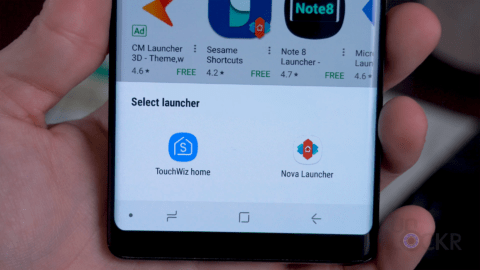 From there scroll to the very bottom and you’ll see the Google Plus icon. Tap that and make sure you are logged into to the same Google account you have on your device and accept the beta (if you don’t have a Google Plus account it’ll make you create one really fast). 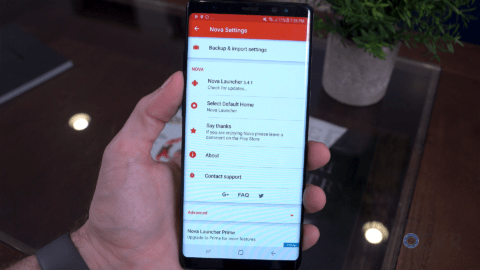 You can then go back to the Nova settings and tap on check for updates and tap that. Then tap the three dots at the top right and select beta from there. 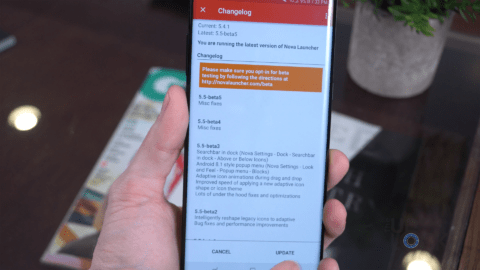 You could wait for the beta to show up automatically as an update or you tap the link there and then tap the beta download link on Nova’s page there to get it faster. 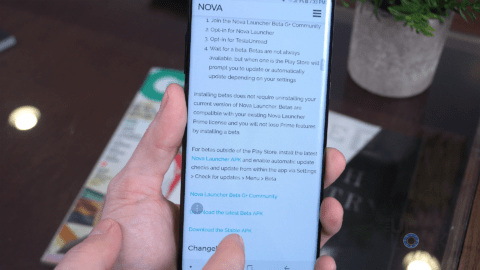 Once downloaded, tap on the download and tap Install.

We can then start customizing it to get the Pixel 2 look by going back into Settings. 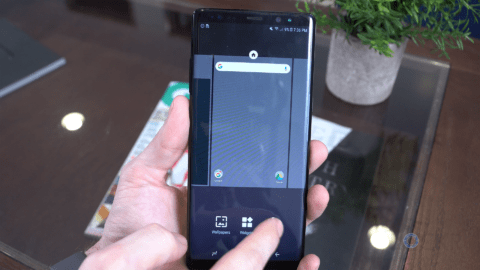 Tapping on App & Widget Drawers and turning on Swipe to Open. 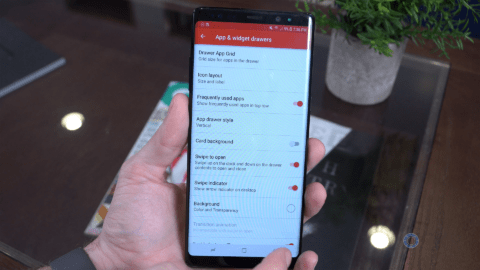 Then going to Dock and tapping search bar in the dock and selecting under the dock. 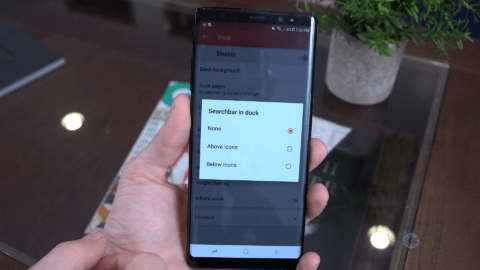 Then go to Desktop in settings and tap on search bar style and select the rounded one and the colored G logo to match the Pixel 2’s. 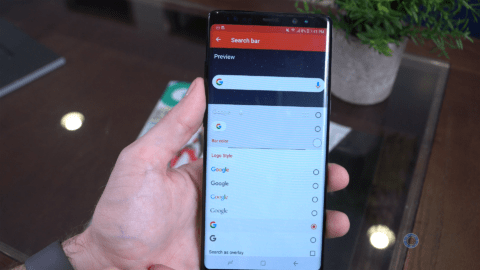 Also, we can go to Look and Feel and turn on Adaptive icons and tap on adaptive icon style and set them to rounded and reshape legacy icons. 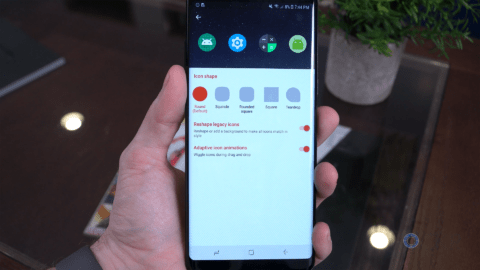 After that, we can go to the home screen and remove the app drawer icon and the search bar widget and we’re pretty good to go. 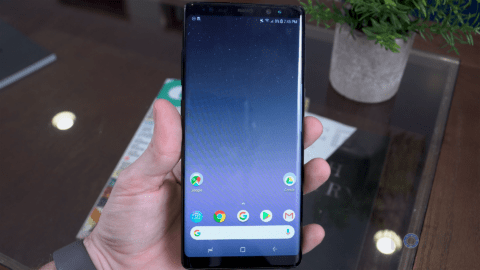 Next, let’s get the new calendar widget from the Pixel Launcher into the Nova Beta one. 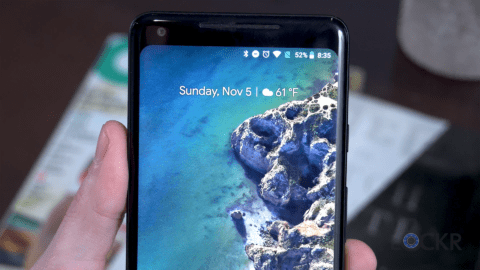 Simply head to the Play Store, search for and install Another Widget.

Once installed, head to the home page, tap and hold on the background, tap widgets and select the new Another Widget calendar widget and place it on the home screen. It’ll then bring you to a setup page. 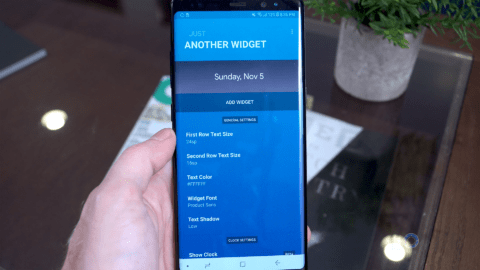 In there, leave the default options but go to the bottom and tap the calendar option to give it access to your events and then the weather option to add that as well. 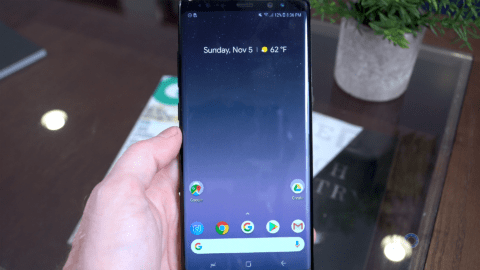 One of my favorite, albeit more subtle updates on the Pixel, is the new Living Universe Wallpapers. 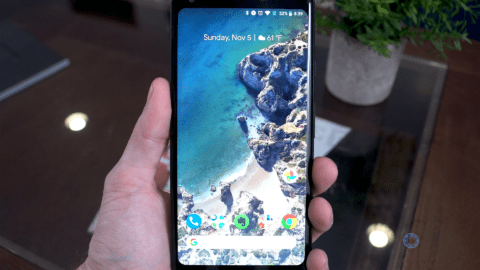 Head to the Play Store and download the Google Wallpapers app. 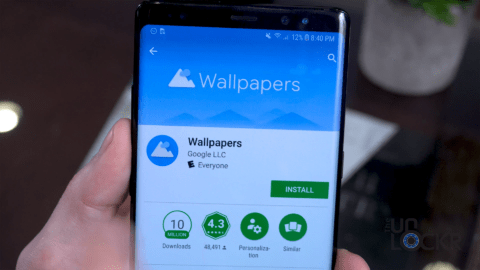 Now, these won’t be available in it by default but we need it installed to get them.

Next, head to this link here on XDA on your phone’s browser and download the apk file listed in the first post (again on the phone to save the hassle of getting it to your phone from your computer). 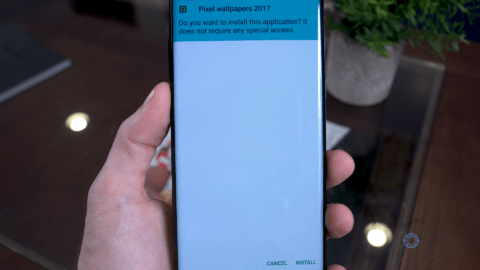 Once, downloaded you can tap it and tap install.

After that, head to the Google Wallpapers app and you’ll see a section for Live Wallpapers, tap that and you’ll see the new Pixel ones in there. Tap one and tap set to set it as your home screen, lock screen or both. 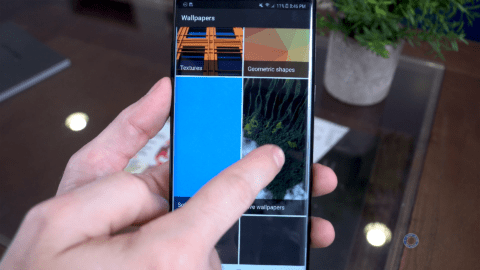 Lastly, if you want to complete the look, let’s swap out the icons.

You can search for Pixel 2 Icons in the Play store and there are a bunch of them, some paid and some free.

The free one I used is called Launcher Theme for Google Pixel 2 and it worked pretty well. 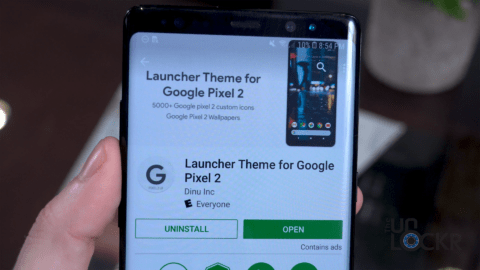 Once you download an icon pack, you can set them by tapping and holding on the background of the home screen and then tapping Settings to get to the Nova Settings. 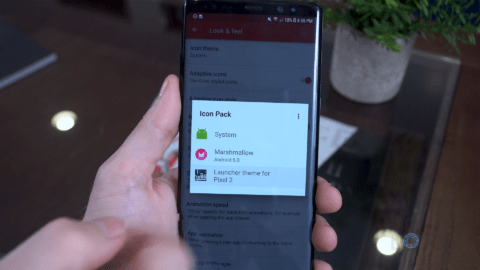 Then head to Look & Feel, tap Icon theme, and select the new icon pack in there and it’ll swap out all of the icons for the Pixel ones.

There you go, any of this can be easily undone by uninstalling any of the apps mentioned and you’ll go back to stock. Hope you enjoyed this!