You are here: News » Microsoft Has a FREE STEM Summer Camp Program That Every Kid Should Take & Here’s Why

We live in a time where one of the most sought-after skills professionally is available on the internet for people to learn on their own, for free: computer programming.

Thanks to more and more industries needing programmers, machine learning becoming more and more popular, and even a pivot to more and more skills-based hiring processes versus degree-based ones, there is an exciting ecosystem for the future of our workforce slowly being created.

(Now, I’m not advocating not going to University! Many are even starting to adjust their curriculums to model this new technologically centered world we now live in, as well as the fact that there is a lot more a child learns from going to a college than just what is in their degree, of course. We can have a longer chat about higher education in a connected internet world in another post 🙂 ).

With that in mind, I’m of the firm view that any chance to teach children (and especially young women) programming or other technical skills, especially when it’s free and fun, is one, as a parent, you should always take.

Microsoft recently invited me to their store on 5th Ave in NYC to see what their new STEM Summer Camp was like and spoiler alert: I loved it.

The camp, called Microsoft YouthSpark, has been around in one form or another since 2012, but recently, they just announced five new STEM classes to help students learn even more skills (these are what I got to try).

First, there was a simple class on how to create 3D characters using Paint 3D and then put them into the real-world using Windows Mixed Reality. Students can use the tools there to make their characters come to life using drag-and-drop effects, recording videos of them, etc. and end up making a small film that they then present at the end of the class. 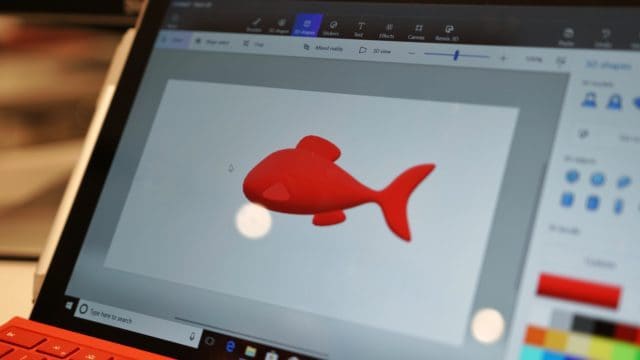 (I, of course, made a redfish burst into flames, because duh. And when I left Ashlie Little, Microsoft Windows Product Marketing Manager–who was teaching this module–alone with my burning fish for two seconds, she, also of course, made me the villain by adding searing heat vision as the cause of my fish’s predicament). 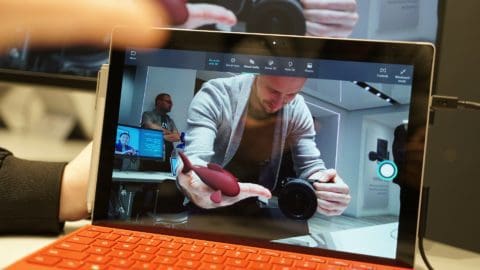 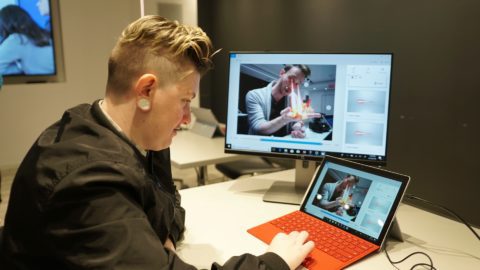 Next, I moved on to a block programming course featuring Angry Birds. The concept was to get the bird to the evil pig by using blocks of “code” to have our bird hero move in various directions. A basic course, but it was aimed at younger kids naturally and is a great way to get them familiar with how coding logic works (something that also teaches them logical problem solving, again, another post). 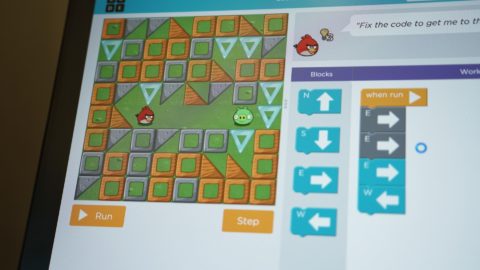 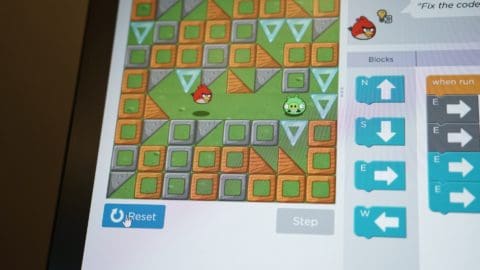 Module 3 was showing kids how to use Powerpoint and do research to try and solve issues within their communities and then present their cases to the class (Research and public speaking skills? Yeah, you’ll need those more than you know, kid). 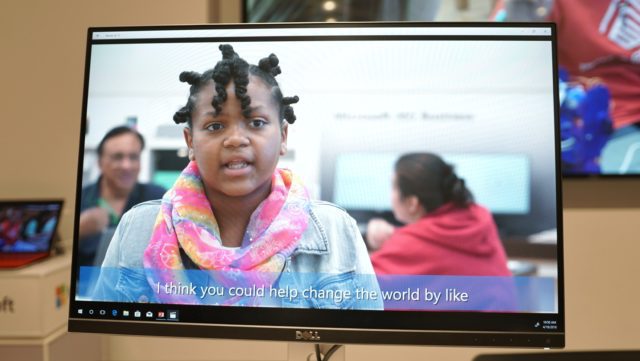 Module 4 was using every kid’s favorite 8-bit themed game, Minecraft. A more advanced version of the Angry Birds module aimed at slightly older kids, children could use similar block code to create items and actions in the actual game of Minecraft. I was made to generate a bat-storm as my example (for those unfamiliar, a bat-storm is a storm comprised of bats, naturally). 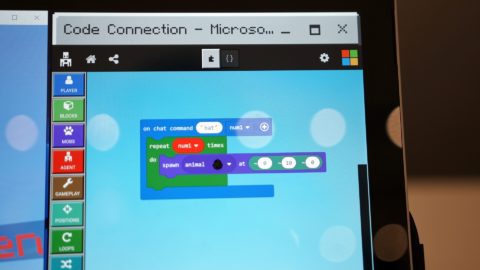 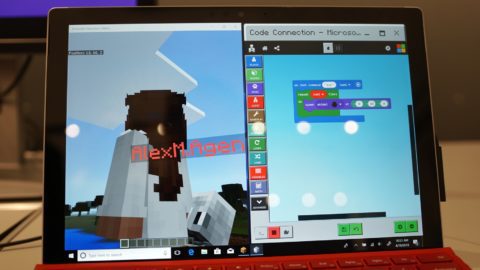 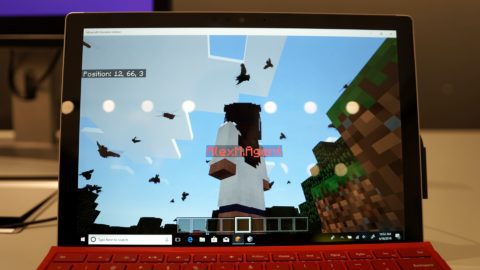 This module brought in the concept of functions, or collections of code that can be called on in a program to perform a specific (ready for it?) function, and is a huge part of almost all programming languages. Also, in this module, kids are shown what the actual code looks like from what they did with their blocks (using Javascript in this case). 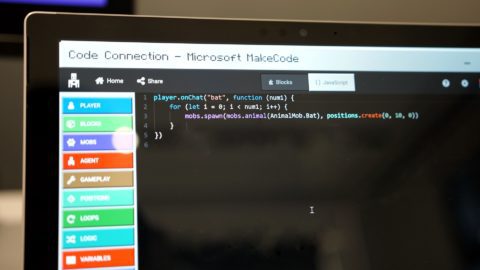 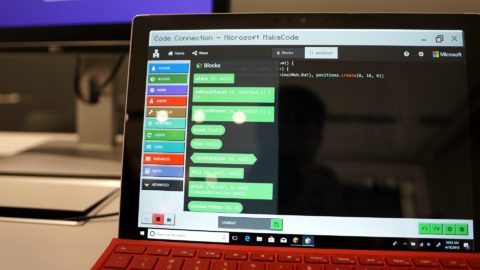 And lastly, I got to play with a basic robot called OhBot. Using the same block-style coding, I was now controlling something physical instead of merely virtual (something I think would resonate with kids and be more accessible for them, as well). 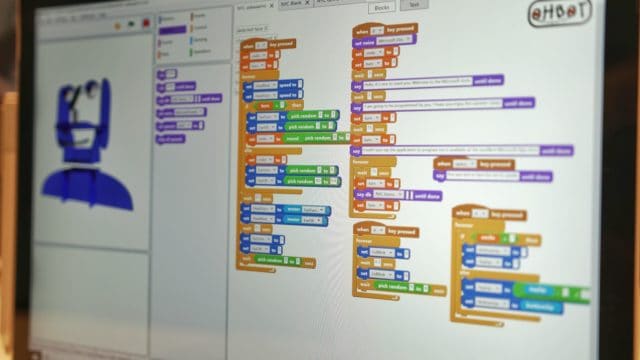 The head-like robot complete with blinking eyes, lips, and a voice is cute and relatable (humans like things that look human naturally) and easy to control. It also allows them to understand the mechanical world we all live in and debug when something physically, like the robot getting stuck in a bow, goes wrong. 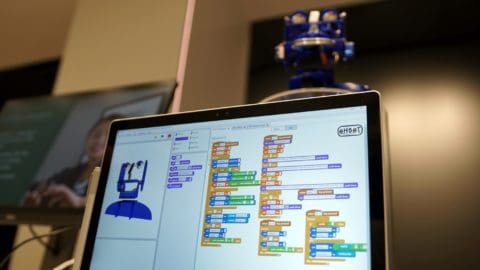 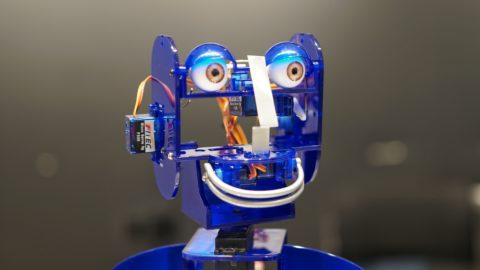 All of these courses usually run a couple of hours a day, last a few days, and are completely free for students. All you have to do is sign them up here and bring them to a participating Microsoft Store in the US, Canada, and Puerto Rico.

When I left, I couldn’t help but pull an old-timer move and mutter under my breath about how I wish I had these type of classes when I was a kid. Regardless though, as an adult, these type of classes are something I’ll absolutely encourage my kids one day to at least try. The only real downside to these courses is that Microsoft requires you to stay in the store for the two-hour course (sorry, no drop and dash allowed).

But, don’t worry, if you do this, I have an excellent way for you to pass the time. Head to the Surface Studio and just push it up and down– the most satisfying way you can spend two hours, trust me.

Let me know what you guys think of this concept below and don’t forget to follow me on social for more tech stuff. Thanks for reading!