You are here: Latest Tech » Nokia 7.1 Complete Walkthrough: The Best Phone Under $350?

Nokia has just released their first device back in the US since they were bought by HMD and while it isn’t the flagship we were all hoping for, it is still a pretty amazing device for the price. It’s the sequel to the Nokia 7 called the Nokia 7.1.

They were kind enough to give me a little time with the device and I managed to get a complete walkthrough done for you guys. If you aren’t familiar with complete walkthroughs on my channel, they’re where I try and go through every feature I can on a device so you guys are better prepared should be in the market to buy one. With that said, there’s a lot to go through, so let’s get started with the hardware.

The new Nokia 7.1 comes in two colors. This dark blue with a silver accent and this steel with a copper accent (which I think looks pretty sexy frankly). Each is machined out of a solid extruded aluminum frame with a die-cast metalcore. 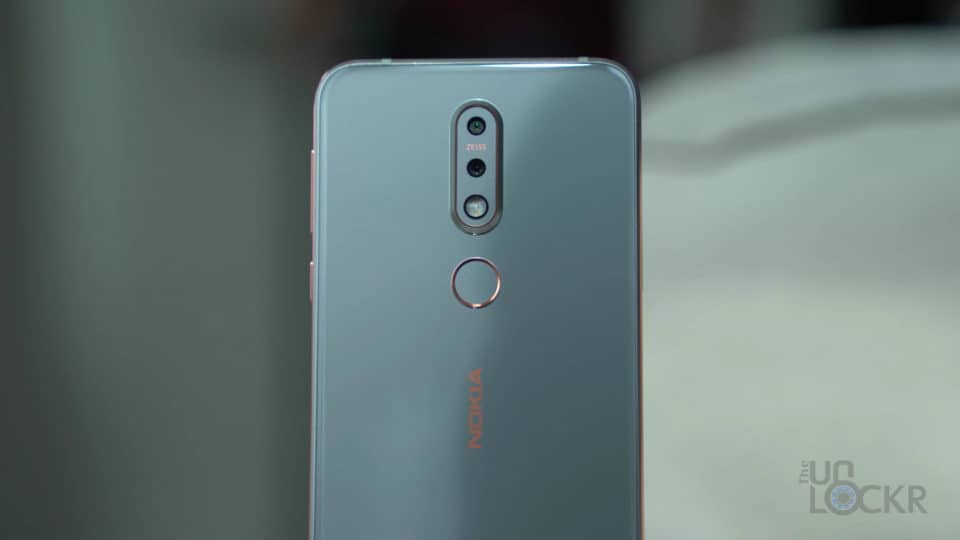 Because of this, it has a very solid feel to it despite the rather agreeable price tag. 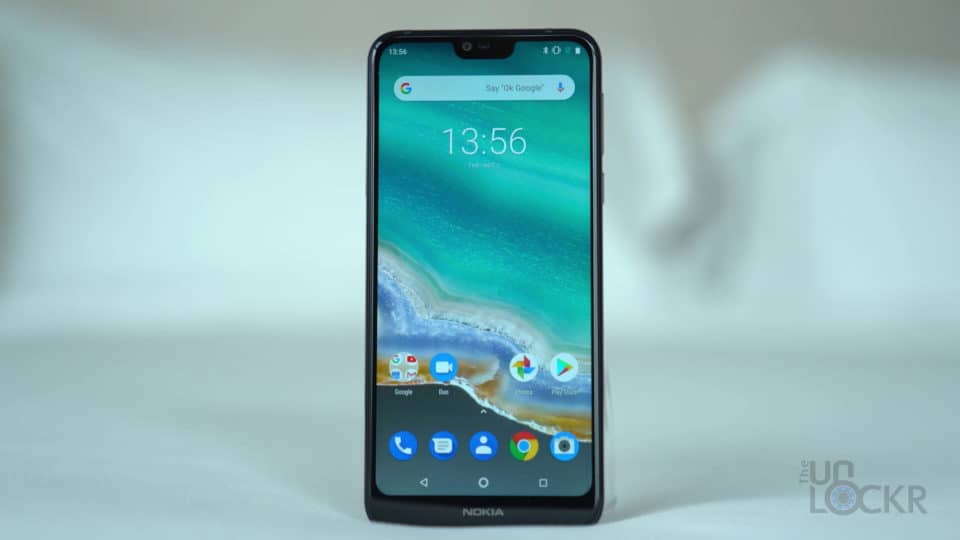 We also have a glass front and back with 2.5D curved Gorilla Glass 3 on the front and toughened glass on the back.

For a display, we have a 5.84″ FHD+ 19:9 aspect LCD with pretty thin bezels (coming in line with all of the new devices out) that is capable of displaying HDR10 content. Also, Nokia says it’ll not only display HDR10 content but it will even upgrade normal content to the more vibrant colors of HDR with a full 16-bit pipeline. 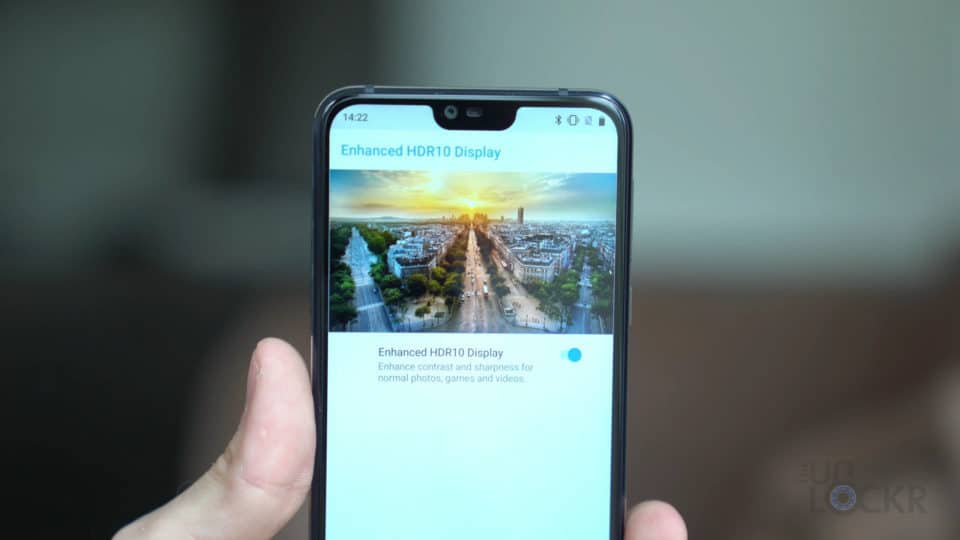 And yes, there is a notch.

Above the display, we have our 8MP f2.0 lens with a field of view of about 84-degrees. 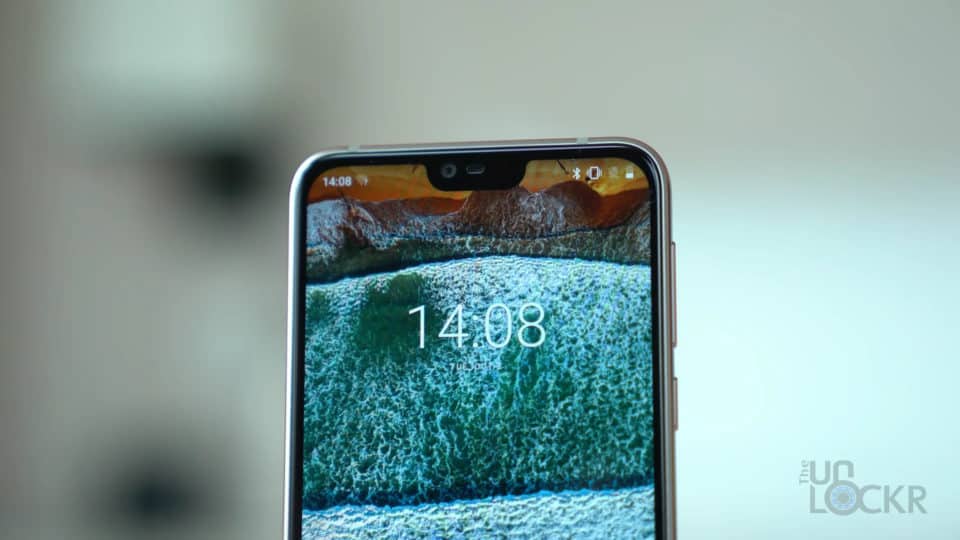 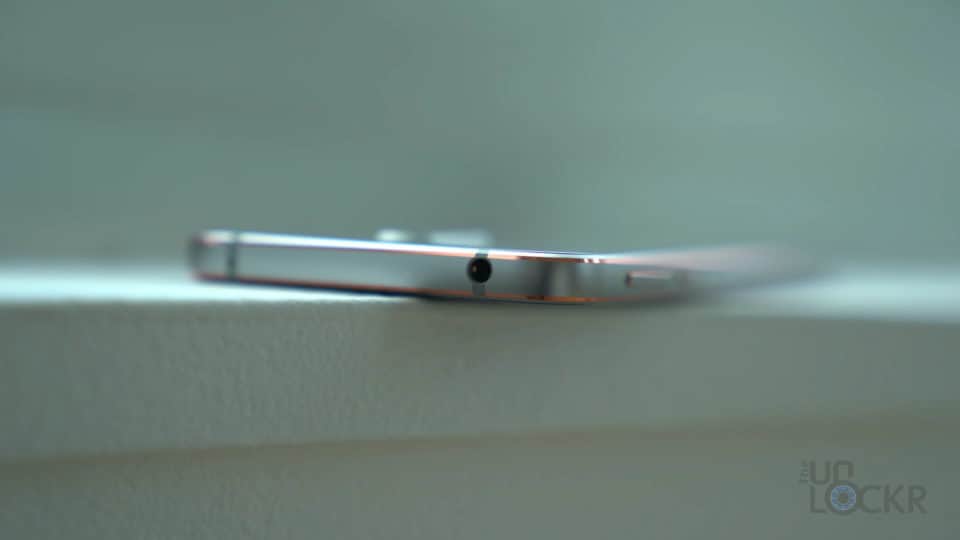 On the left, we have the micro SD/SIM card tray combo. 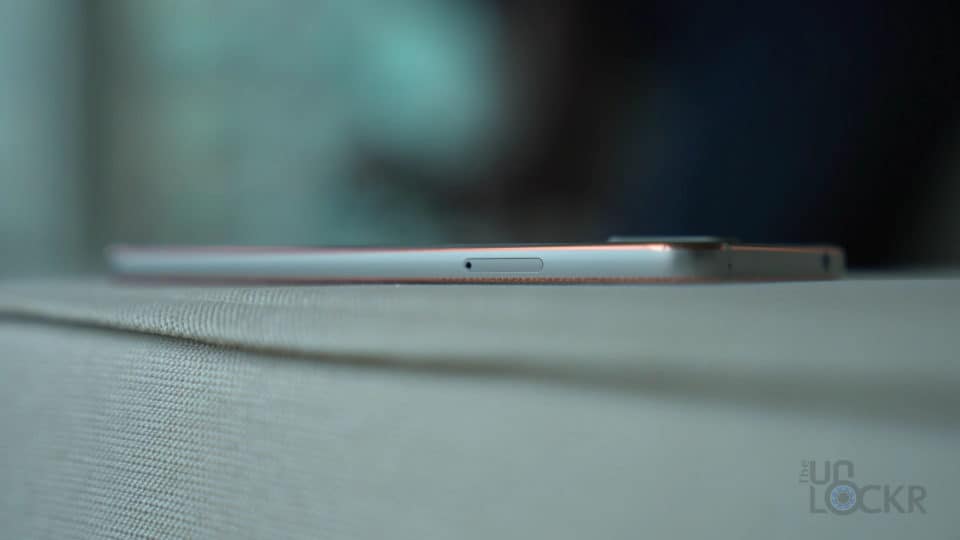 On the right, we have our volume buttons and power button. 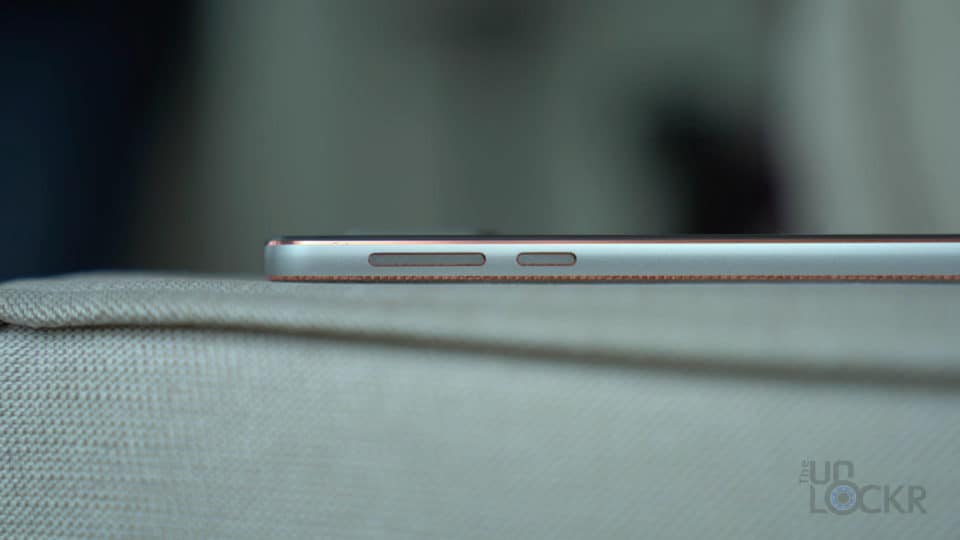 On the bottom, we have our USB 2.0 Type-C port capable of 18W fast charging that should get the 3060mah battery inside from 0 to 50% in 30 mins. It also supports OTG (so you can plug in a USB storage device and use it). 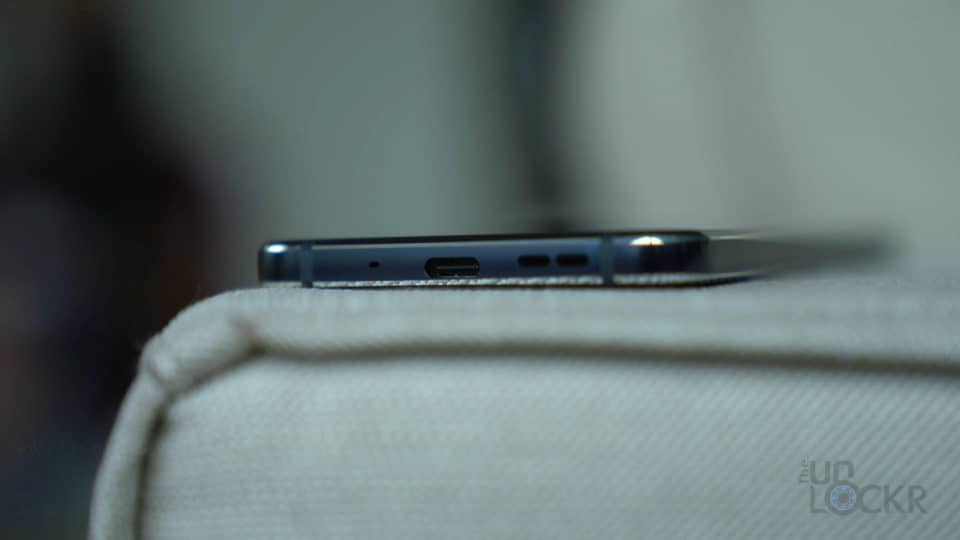 On the back, we have dual Zeiss cameras. One is a 12MP f.18 lens with 1.28-micron sized pixels. And the other they are calling a 5MP “depth sensor” which they are using only for depth info to perform their Live Bokeh mode (which is an adjustable portrait mode basically). 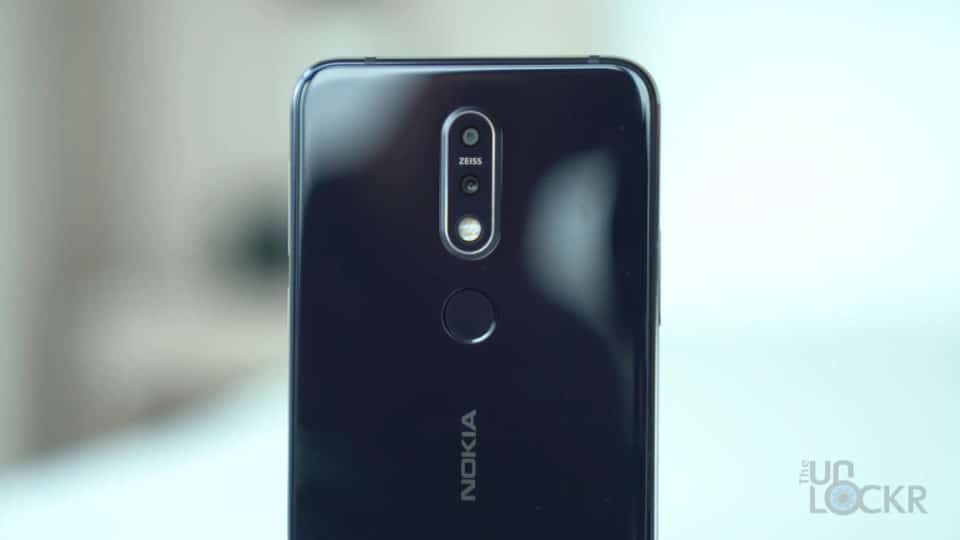 It can do HDR photos which are similar to other higher end devices where the system takes multiple photos at once under varying exposure levels then combines them to make a better overall exposed image.

We’ll get more into the camera software in a sec, but let’s finish the hardware first.

We have a dual flash in the camera hump as well. And below that a fingerprint scanner. 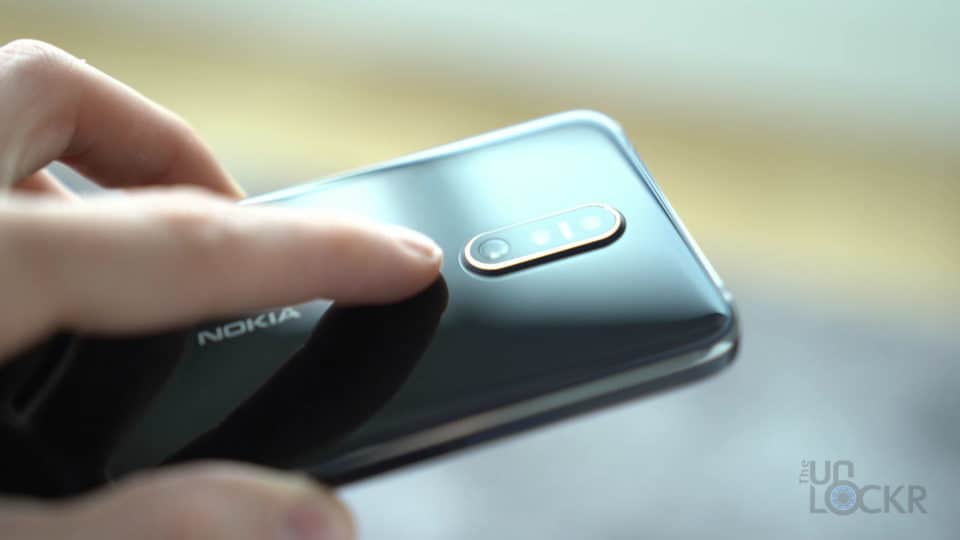 Internally, we have a Qualcomm Snapdragon 636 which is the new mid-range processor which I imagine will be enough on this device to keep it snappy for normal use bit also will keep the battery life higher most likely.

The processor is paired with 4GBs of LPDDR4X RAM and we have 64GBs of internal storage. 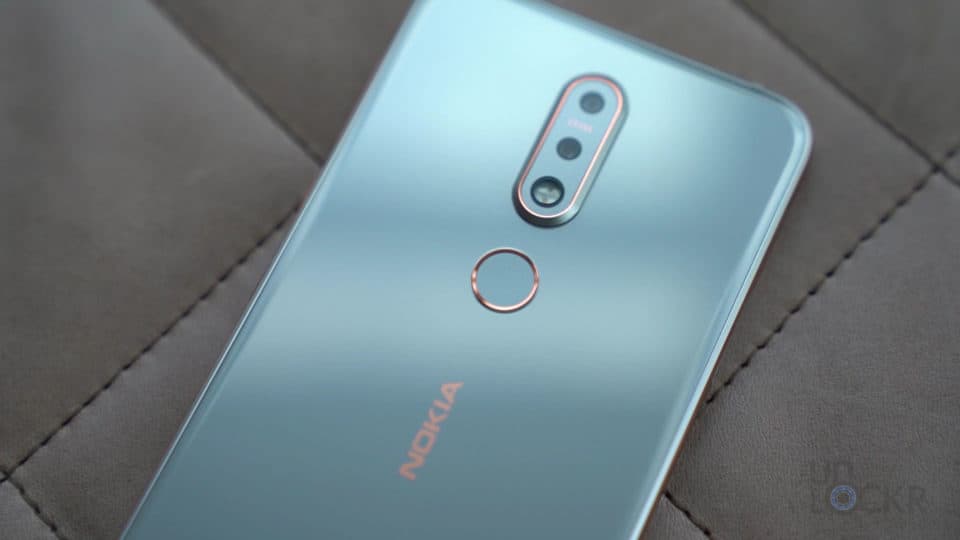 And we have LTE Cat 6 capable of theoretical 300Mbps down speeds.

The device is amazingly an Android One device. That means that it is an unmodified version of the Android OS (and in this case, Android 8.1 with a promised upgrade to Android 9.0 Pie by the end of November). 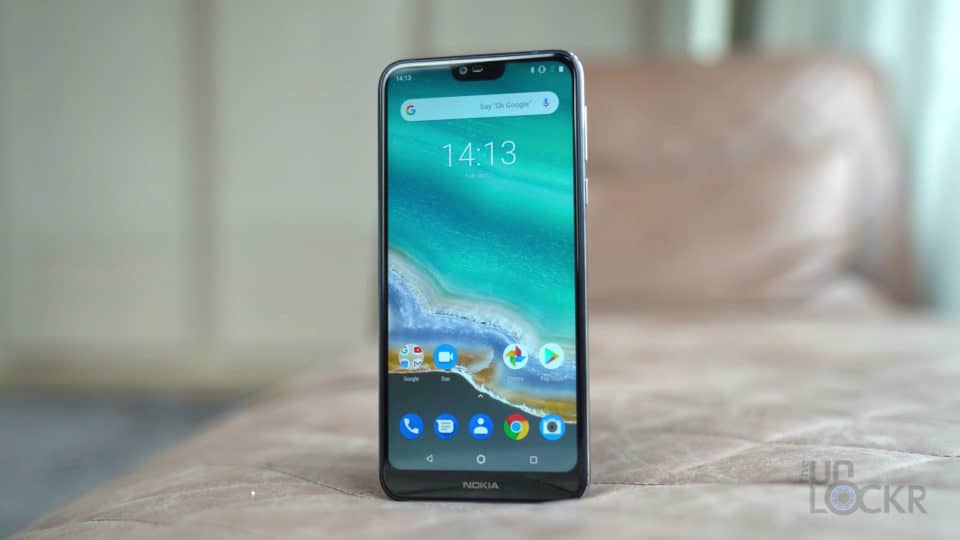 That means it has no UI skin and will receive updates faster than other devices thanks to the fact that HMD (the company now behind the Nokia brand) will get the updates from Google and just push them to the devices since they don’t have to add any other software.

Also, it’s because of this that I think it’ll run just fine on that 636 processor since there’s less for the system to need to run regarding resources.

Now, I won’t go through the entire OS since it’s similar to any other Android One device, but normally right now, I’d go through all of the added apps that the manufacturer added. The thing is, HMD/Nokia didn’t add any. Which, is a nice change of pace in my opinion. 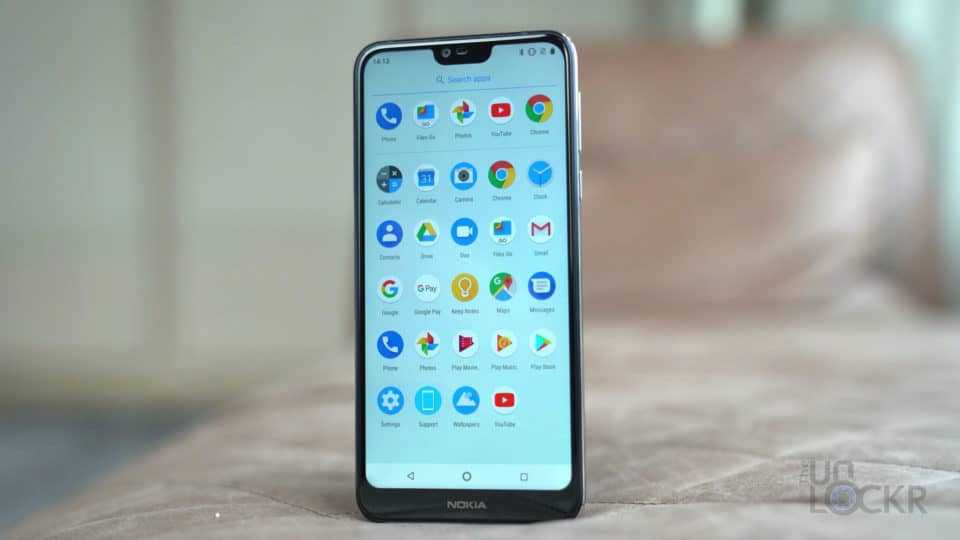 They did, however, add some features to the camera so let’s dive into that real quick.

For camera modes we have the following: 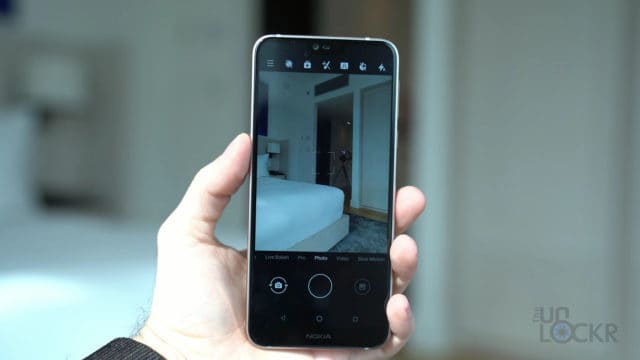 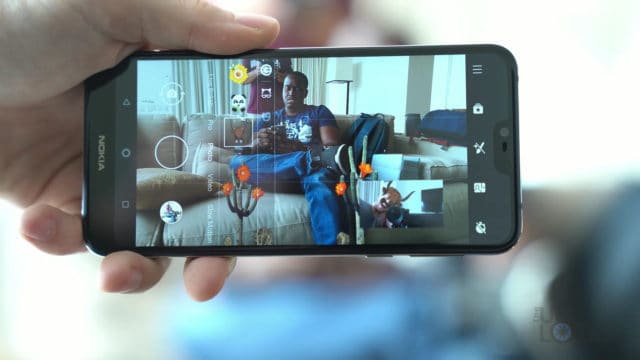 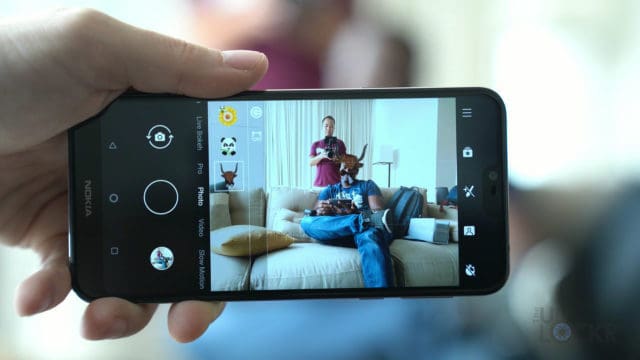 We also have Dual Sight mode (called “taking a bothie” apparently). This allows you to use the front and rear cameras as 1:1 aspect cameras at the same time. You can even use the stickers and masks on both cameras at the same time, take photos and videos like this, as well as live stream to popular streaming services like Facebook and YouTube. Kinda clever. 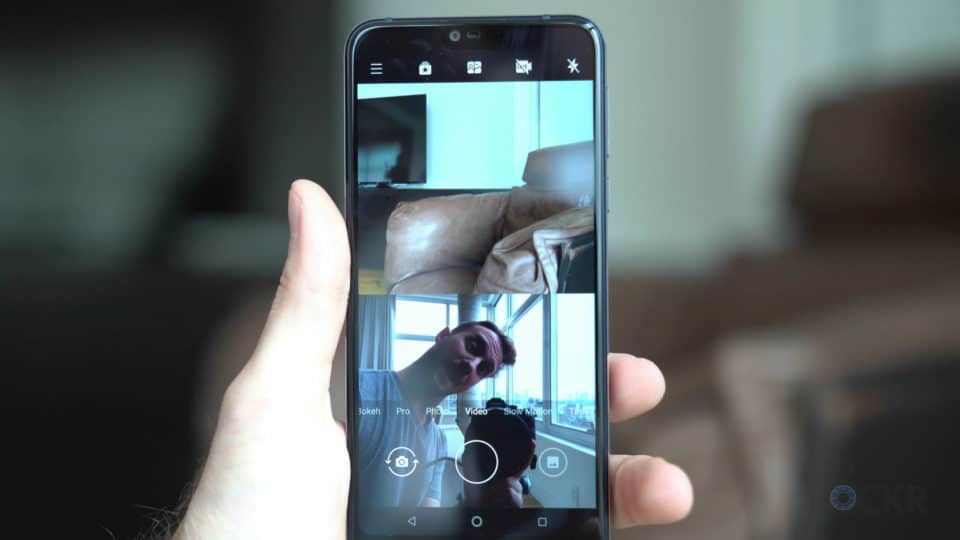 Then in the camera settings we have: 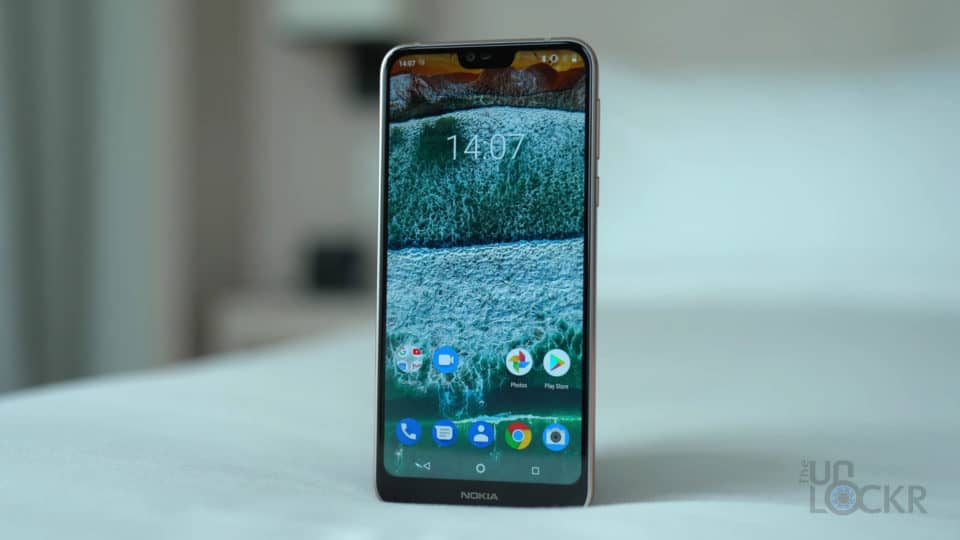 The device will retail for a very reasonable $350 on Amazon, Best Buy, and B&H with pre-orders already live and shipping Oct 28th.

Also, it’ll even be available in Best Buy brick and mortar stores starting Nov 4th if you want to go play with one before you buy it.

There you go, a shorter than normal walkthrough thanks to Nokia not adding much to Android regarding software and also my limited time with the device, but hope you enjoyed it anyway. Let me know in the comments below what you thought of the device and the video!