You are here: How To's » Samsung Galaxy S 4 Active Revealed for AT&T

It’s no secret that Samsung’s got a full complement of Galaxy S 4-derived handsets trickling out over the next few months; the company just revealed the S 4 Mini, and next up we’re expecting a more rugged, full-sized device known as the Galaxy S 4 Active (codename: J Active). Active, a (self-)reported five-inch, full HD handset powered by a quad-core, 1.9GHz Snapdragon 600 chipset from Qualcomm, will attempt to muscle in on some of the territory being staked out by Sony and its Xperia Z.

On AT&T, the eight-megapixel Active will be sold under model number SGH-I537, — in dark grey as well as teal, apparently — alongside a host of other upcoming Samsung handsets tipped for the second largest US carrier: SM-G730A “Golden” (Galaxy S III mini), SGH-I527 “Melius” (Galaxy Mega 6.3), SGH-I257 “Serrano” (Galaxy S 4 mini), and SGH-I217 “Zest.” With the Galaxy Note 3 also seemingly a lock for AT&T in the fall, Samsung fans seem to have a pretty clear destination in terms of American operators this year.

P.S. The date on that screenshot should be pretty telling. 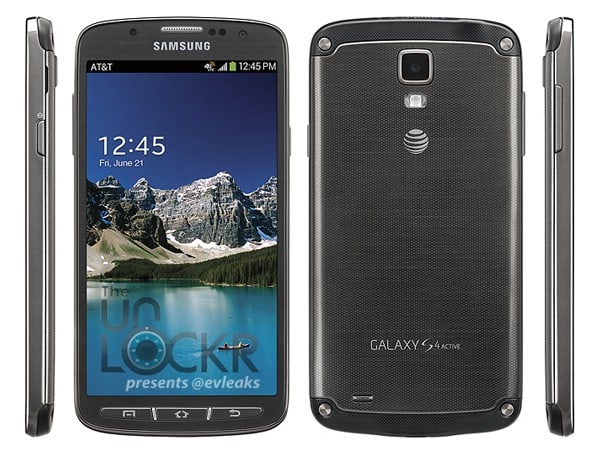