Sony just announced their latest flagship phone the Sony Xperia XZ2 and I have to admit, it’s a sexy looking phone.

Sony was kind enough to give me a limited time with the device before it was released so I figured I’d try and use that time to put together a complete walkthrough for you guys. If you aren’t familiar with the complete walkthroughs on my site they’re me trying to go through every feature on the device I can so it hopefully answers as many questions for anyone interested in the device as possible. Here we go.

First up, the styling. The device is made out of this 3D Corning Gorilla Glass 5 on the front and the back which Sony says follows their ambient flow design language which gives it this almost liquid look (which I personally love) and is encased in a metal frame. 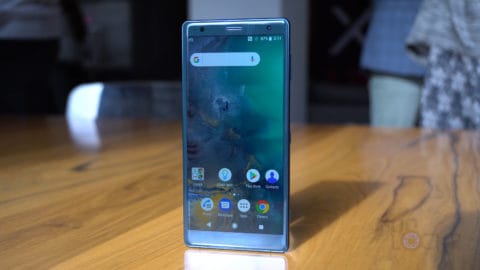 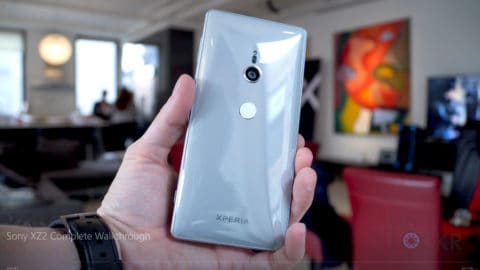 They also managed to make it completely symmetrical, including the cameras on the back and fingerprint sensor placed in the middle of the device (a place they say is easy to get to and in the short time I had, I actually agree with that). 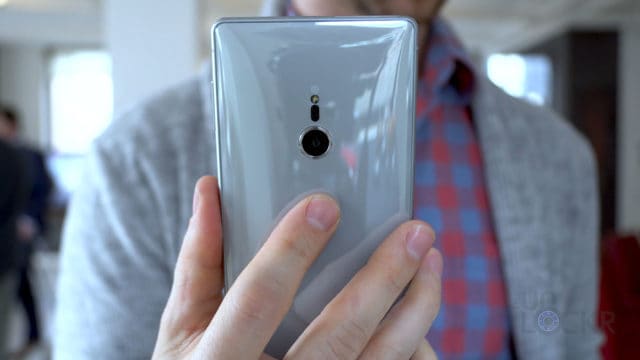 The XZ2 has a 5.7″ 18:9 screen with thankfully much smaller bezels at the bottom and top than we’re used to from Sony. The resolution is FHD+ and it is HDR capable and not only that but Sony says it’ll also upscale SDR content from a lot of places to HDR, as well.

The device is IP68 certified and and will come in black, silver, pink, and green (I love the green).

On the front, we have a 5MP camera and a 19MP rear facing one. This rear facing one is also capable of shooting proper 4K HDR 10-bit in Rec20/20 video thanks to that Snapdragon 845 (Qualcomm’s latest SOC, paired with 4GBs of RAM in the XZ2, that is powering this thing and I did a video on not too long ago that you can check out here for more info on what that means). Suffice it to say it means that it can record proper HDR and has a lot more colors and contrast than normal video, something most $2-$3000 digital cameras can’t even do.

Sony has also put in their super slow-mo from the last XZ but, again thanks to the Snapdragon 845 in there, they’ve managed to bump it up to full 1080P at 960fps. Keep in mind though that this again is only for a split second like the last device.

The phone has front facing dual stereo speakers that are capable of hi-res audio and S-Force Surround Sound. There is also a built-in DAC (albeit no headphone jack, the DAC can be used with USB-C devices however). 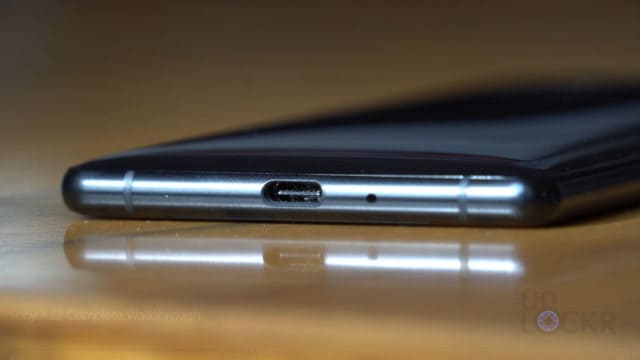 To complement the hi-res audio, Sony added a new vibration engine. It’s basically a much larger motor that Sony has adapted to utilize low frequencies coming out in the audio automatically and vibrate accordingly (think it vibrating along with the bass) or, in certain games that have coded for haptics, the vibration engine can be used for that as well. Our demo for that was angry birds in which the vibration motor gave the sensation of tension on the rubber band of the slingshot etc. 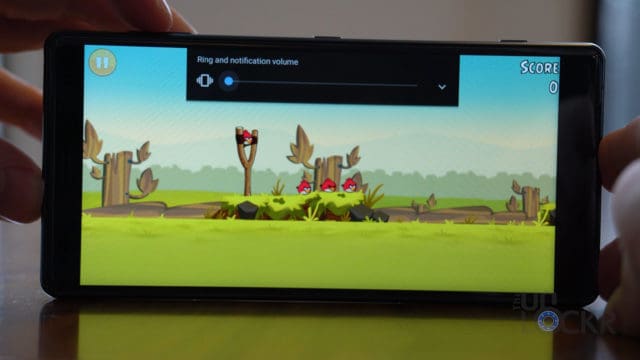 Otherwise, it gives one hell of a vibrate notification.

On the left side, we have… nothing. 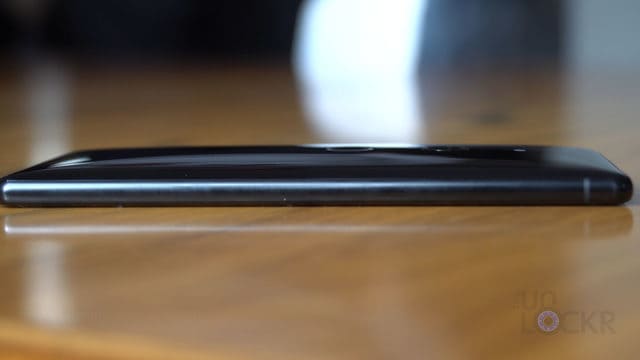 On the right, we have our volume rocker, power button, and a dedicated camera button (YAS!) 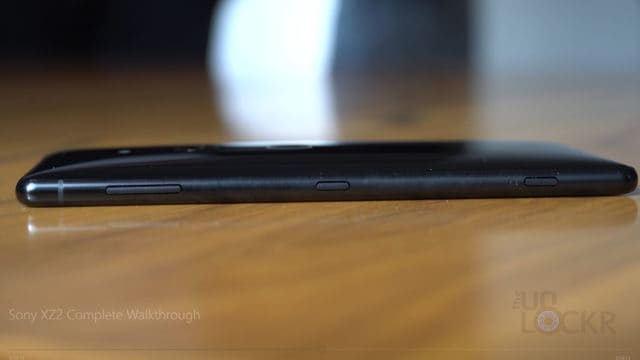 At the top, we have our SIM card and MicroSD card slot. 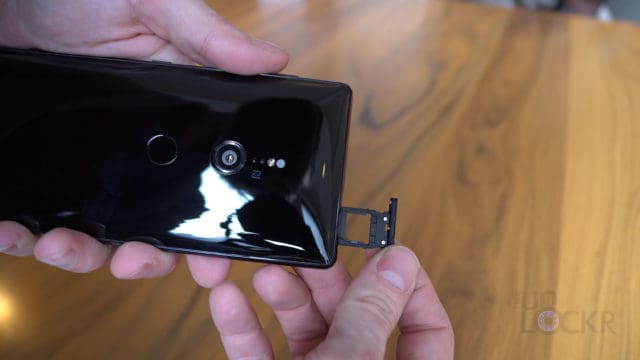 Speaking of SIM cards, the XZ2 supports Gigabit LTE (with peak download speeds of 1.2gbps using MIMO 4×4, etc. again, I have a video on this I’ll link for those interested in how that works) and has a battery that is 3180mahs and is Qi charging capable.

On the software side, we’re running a slightly skinned version of Android that I found to be super smooth during the demo at least and we have Google Assistant as our AI that, thanks to the low-powered codec from Qualcomm Sony is using, has always-on listening even if the screen is off and doesn’t use any power. So you can say OK, Google to bring it up at any time even if it is not plugged in (unlike some other Android devices).

The camera app has added a few modes over the stock one including an AR Sticker mode, which allows you to drop creatures etc into the real world; Creative Effect, which allows you to add real-time effects to your shots; Bokeh, which as you can imagine helps with creating the depth of field look that you can then alter and adjust; Panorama, which lets you do panoramic shots of course; and Sound Photo which allows you to take a photo that also a short clip of sound attached to it. 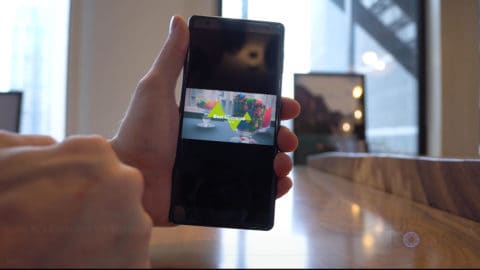 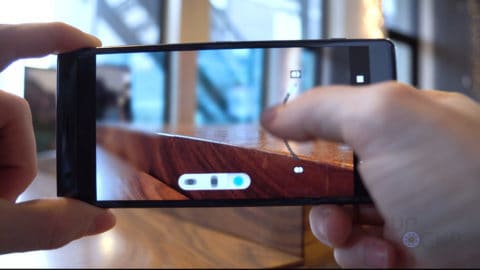 We also have a few apps that Sony has added to the device so let’s go through those quickly (caveat here: this was a pre-production model so the apps are subject to change, but here’s what I saw).

First, we have a 3D scanner which, while the results were only slightly creepy, and made me question whether I really had a double chin, were really accurate and super quick to grab. You can just move the phone around your head easily and it’ll map it to a 3D model that you can then use for emoji or other novel things like that.

Then we have the Xperia Lounge, an entertainment content hub that Sony has; there’s a Sony assistant, which is thankfully not another Google Assistant competitor but more a knowledge base for tips and tricks about the device; AVG Protection, an anti-virus software that doubles as a battery and storage optimized; Xperia News, a news hub Sony has; the Playstation app; a Highlight app to quickly create movies from photos on your device with music etc; Sketch, a mobile drawing and photo editing app; SideView a remote control app for your TV; and Prime Photo from Amazon. 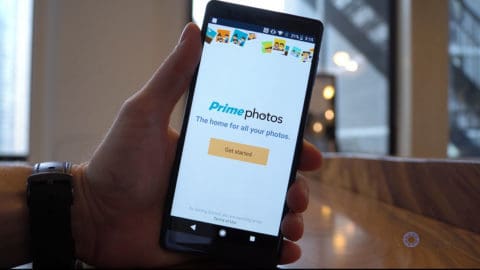 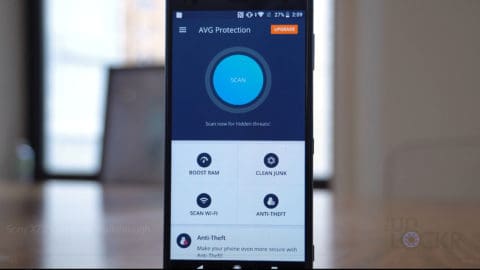 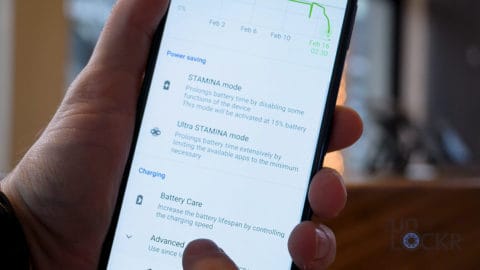 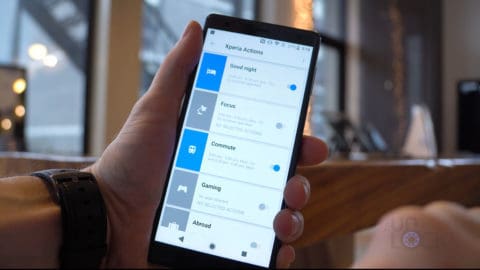 In the settings, they’ve kept it pretty stock, but have added a few additions including the useful Xperia Actions that allows you to set actions to happen depending on circumstances (i.e. keep the notification lights off when you go to bed). They also have their own theme store in the Appearance settings; Xperia Loops that is an animated background to show battery level and other status indications (once you figure out how to read it); Xperia Assist which can give you device tips or notify you about things like missed calls (and Xperia Intelligence Engine which attempts to learn from you and change settings depending on the situation automatically); a Support section for contacting Sony; Stamina Mode and Ultra Stamina Mode for making your battery last longer; Battery Care which notifies you when to unplug the device to make the battery last longer (if you want to enable that and have it annoy the crap out of you, that’s up to you); and Smart Cleaner which helps to clear storage, caches, etc. 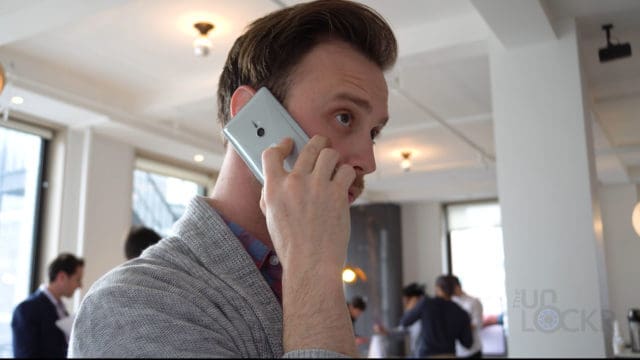 And there we go. Pretty much everything I could mess within the very limited time I had with the device. Hope you guys enjoyed it, like comment and subscribe if you did and hopefully Sony will let me borrow one so we can put it up against some other devices in a few of my experiments.