You are here: Tech Explained » What is “Windows Hello”?

The buzz surrounding the new Windows 10 is loud and only getting more intense. I’m sure you’ve heard about the many interesting  and useful features of the new OS. However, none is quite so groundbreaking as Windows Hello.

Microsoft is treading new waters with some pretty advanced facial recognition technology. This is some Star Trek-level realness, you guys. Let’s check it out.

What is Windows Hello? 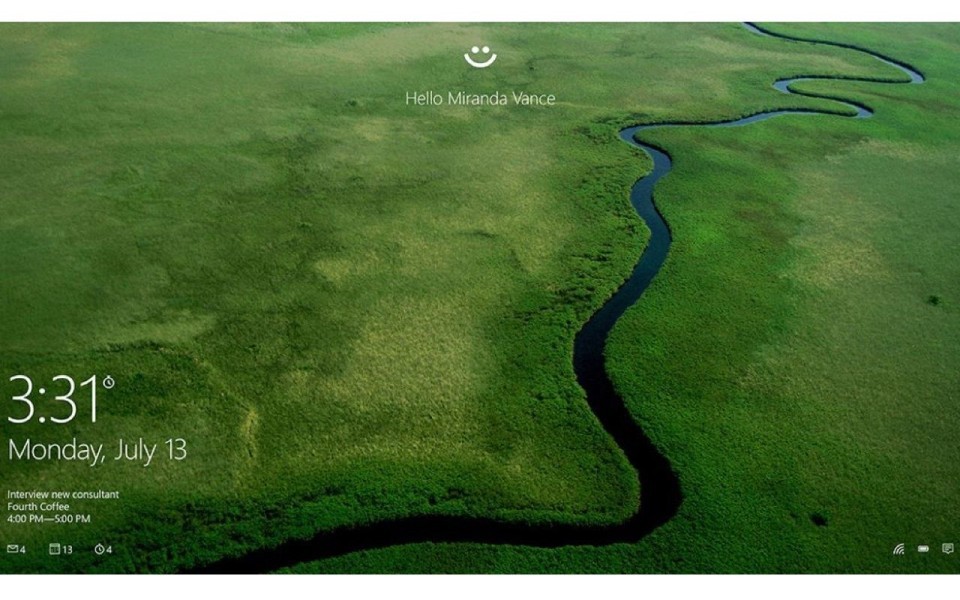 Windows Hello is the wave of the future –or at least Microsoft hopes so. It enables you to sign into your computer with just a look (or a touch), utilizing face-recognition technology as well as iris and fingerprint scanners.

Hello enables you to do away with those all-too-easily forgotten passwords entirely. Those of you with jobs requiring monthly password changes should be jumping for joy –no more constantly changing passwords to remember! You can literally unlock your computer just by looking at it.

Windows Hello also works with a feature called Windows Passport, that allows you to use the same facial and retina scanners to login to websites, authenticate apps, basically anything for which you need a pesky pin or password. Let’s face it, this sounds like a way better security system than constantly referring to that post-it on your monitor with your password written on it.

How Does it Work?

Windows Hello is a biometric login authentication technology that utilizes infrared and depth-sensing technology to scan your face. With this new type of camera, security is much tighter and more accurate –you can’t fool Windows Hello with a photo, and it’ll still recognize your face in different lighting, with different facial hair, more makeup, etc.

Hello also has iris scanning capabilities and fingerprint scan technology (though that’s kind of old news. Plus, who cares about fingerprints when you’ve got retina-scanning magic happening). Though many folks are worried about the potential security risks with new biometric security technology, Microsoft insists it’s actually much safer than the current password system.

Read: How to AutoFill Passwords Using Your Finger on the iPhone 5S

Plus, the camera has something like a 1 in 100,000 rate of misidentification, so it’s more accurate than current fingerprint scanning security.

Who can Use Windows Hello? 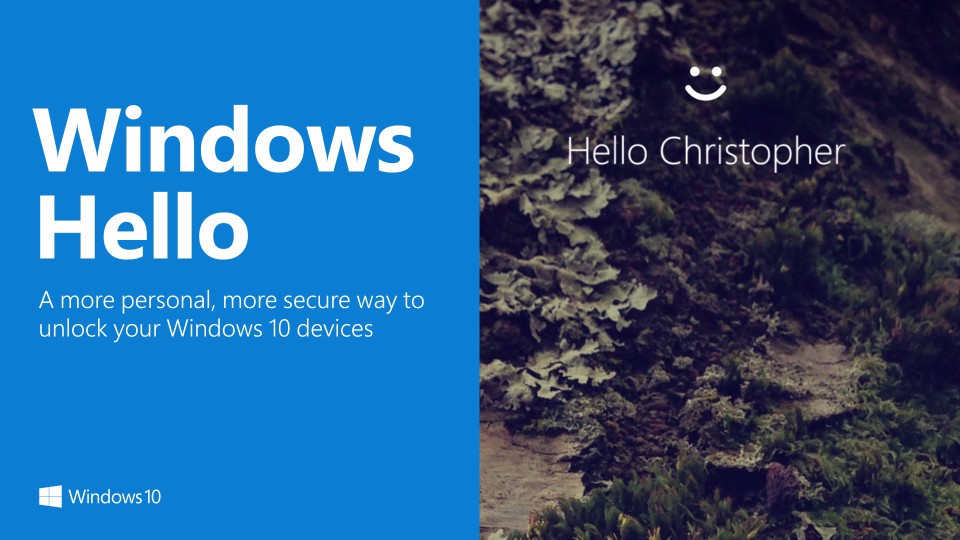 While many PCs will be compatible with Windows 10, unfortunately many of them won’t be able to fully utilize Windows Hello.

In order to use Hello’s facial recognition technology, your computer needs a Realsense 3D camera, which many computers don’t currently have. Though, if your device already has a fingerprint reader, you can utilize that aspect of Windows Hello.

However, if you’re dying to wake up your computer with a single glance, you can buy an individual RealSense 3D camera here ($129). It should work just fine on any Windows 10 capable PC.

Microsoft has stated that in the near the future many more devices will be coming with Hello-capable cameras, but for now, here’s the list of computers currently sporting a RealSense camera.

Windows Hello seems like a sure-fire win for Microsoft. However, PC users are not without concerns.

Aside from the previously mentioned security breach worries, there’s also cost issues. Critics have expressed doubt over whether RealSense 3D cameras will ever be financially viable for the everyman computer. The thought is that, though it’s cool technology, most people won’t be willing to shell out the extra bucks just for a PC that wakes up without you having to input a few keystrokes.

We’ll see, I suppose. But for now, it seems like the hype over Windows Hello isn’t going away anytime soon.

Are you dying to try Windows Hello, or are you on the fence about biometric identification? Let us know your thoughts in the comments below.