You are here: Best Tech » Phones » Why the Huawei P20 Pro Has the Best Low-Light Camera Ever

You’ve no doubt seen tons of photos from your favorite YouTubers and tech writers across social media from the Huawei P20 Pro at this point. And I bet a lot of those photos were night time shots. And I also bet, they looked pretty darn good.

It’s no secret at this point that for low-light photography on a mobile phone a lot of people are turning to this relatively lesser known manufacturer here in the western hemisphere (they’re actually super popular overseas, for the record). But, the thing is, I’m not sure that most people understand why it’s so good at these shots and think we should talk about it because, honestly, it represents a huge leap in phone photography.

First up, some background on the phone’s photography origins. The P20 Pro just like the P10 and P9 before it are part of Huawei’s P Series lineup which is called the P Series because of its emphasis on photography. This series started to really become popular with the P9 because of a very smart partnership on Huawei’s part–they joined forces with Leica to work on the cameras.

Now, Leica, if you don’t know, is one of the oldest film camera manufacturers in the world, having made the first handheld commercially successful camera that could use 35mm cinema film in 1925. They’ve since become a bit of a high-end camera supplier for professional photographers and hardcore enthusiasts (see: they’re not cheap) but in recent years have also been lending their imaging expertise to other manufacturers like Panasonic and now Huawei.

Bringing us now to the P20 Pro, it features 3 cameras on the rear tuned and designed by Leica. The first is a monochrome sensor which can capture more dynamic range thanks to the fact it only has to focus on light and not color. Then we have the RGB sensor that is paired with it when shooting in color that is then enhanced by the combining the data with the monochrome sensor’s. And finally, we have a telephoto lens that is 3x zoom instead of the 2x we see on other devices. 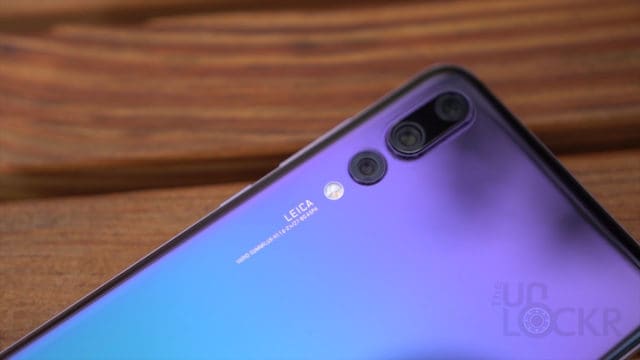 The fact that it has three rear cameras is great and all, but the sheer number of cameras isn’t what makes it a low-light beast.

First up, that RGB sensor is a whopping 40MPs. Now, again, numbers aren’t meaning much here, it’s what is done with those pixels. The camera can actually use a process called pixel binning aka the combining of pixels into one larger pixel. The P20 Pro, in particular, takes 4 of these 1-micron pixels and combines them into one 2-micron pixel. 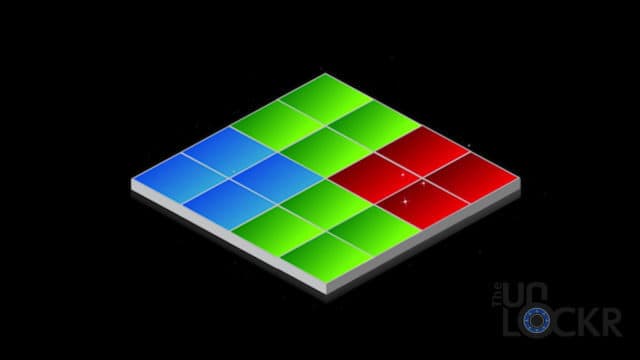 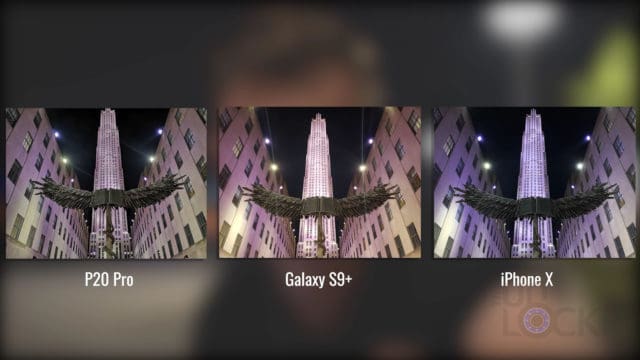 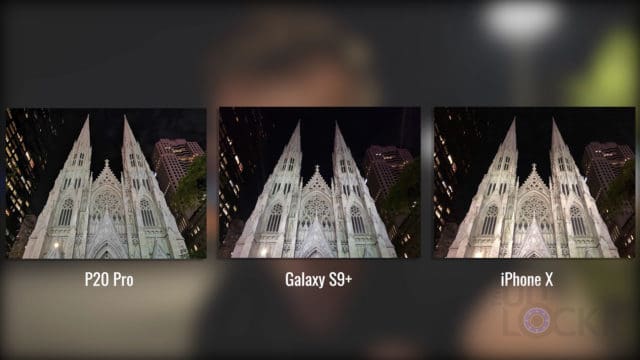 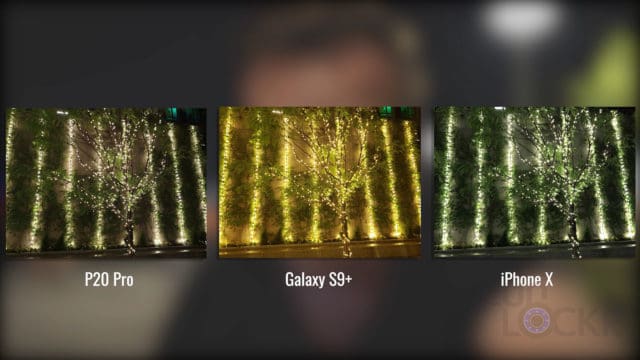 Next up, the main camera itself has a much larger sensor (needed to accommodate all of those 2-micron binned pixels, of course) than any other flagship out right now. The sensor in the P20 Pro is a 1/1.7 inch which is 170% larger than the iPhone X and 125% larger than the Samsung Galaxy S9’s sensor. Larger sensor means more light for the photos and so, of course, that means better photos where there is less light available.

Here’s a good chart for a comparison of the sizes of the different sensors. 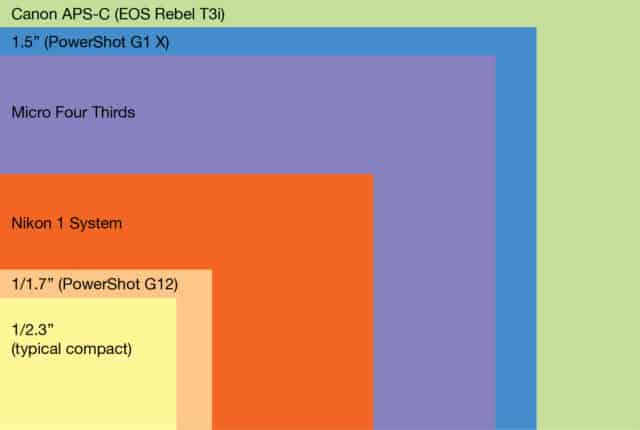 To put that into perspective, it’s basically a similar sensor size to what you might find in your traditional point and shoot camera. On your phone. That’s nuts.

Finally, I have two words for you: night mode.

Night mode is a feature that has been on other P-Series Huawei devices and is even on other manufacturers under different names. It essentially takes a long exposure shot and the phone decides how long to shoot for.

To explain that a bit further, exposure is how long the sensor is exposed to light (how the photo is captured). Usually, you would be shooting in fractions of a second of exposure (i.e. 1/60th 1/100th of a second, etc.). When you take a long exposure shot, you end up leaving that sensor exposed for much longer. For example, 4, 8, or even 20 seconds, etc.

What this does is that it lets the sensor just sit and absorb as much light as it possibly can before the shutter closes again making for a much brighter shot. Using this in daylight blows out the image but at night it really helps (hence the name).

Now, I mentioned that this isn’t a new feature, and it’s not. But something huge changed about it with the P20 Pro.

Normally to do these shots you need to set the camera on a tripod and make sure it doesn’t move at all during the shot. If it even moves slightly (or something moves within the shot even) whatever it is will be exposed across the entire shot, creating a blur. You’ve probably seen the light painting shots online where people use this to their advantage by making shapes of out of the blurring, but when you want a stable, clear shot and it happens on accident, it’s pretty horrible looking. 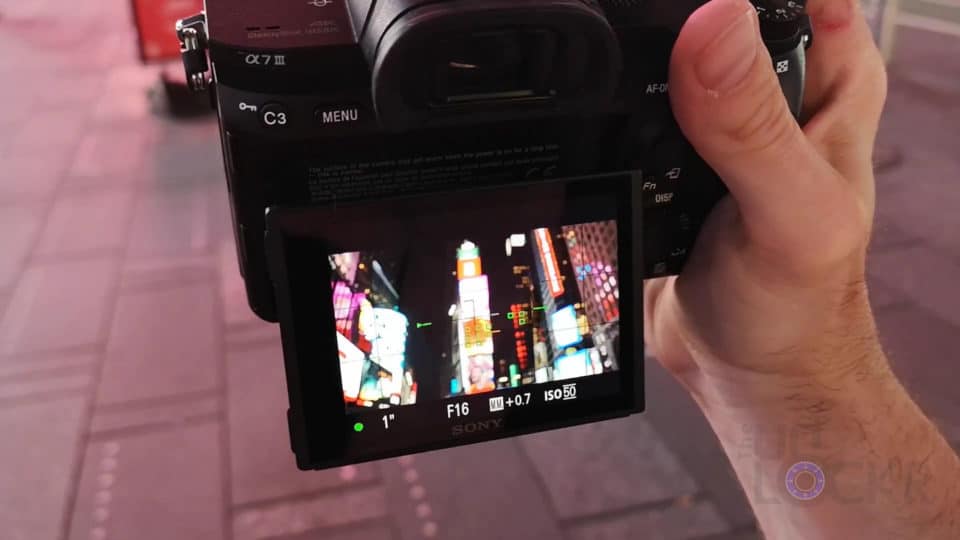 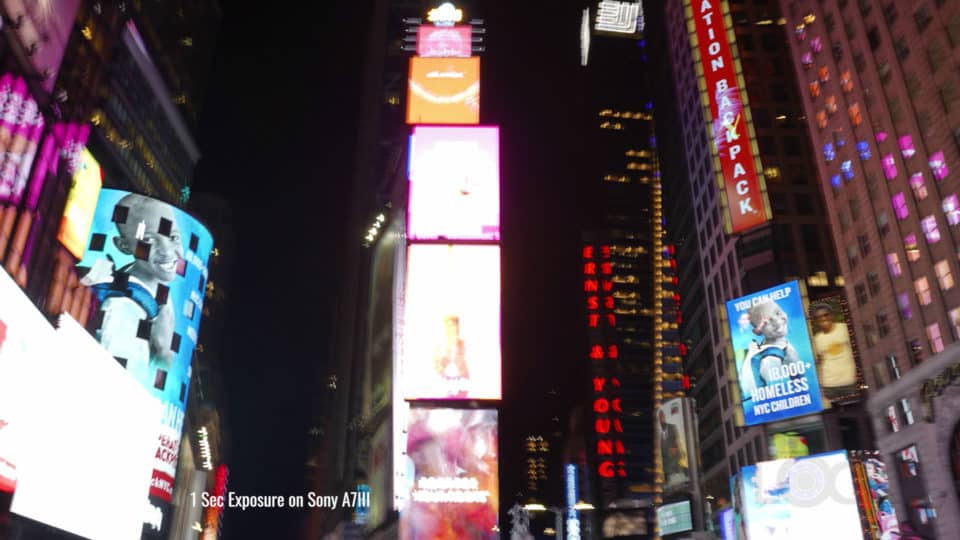 The P20 Pro is the first device I’ve ever seen that has the ability to use this night mode, up to 20 seconds of exposure, handheld–no super stable tripod needed. Doing this with even a high-end professional camera results in at least some blurring thanks to the fact that our hands just naturally shake slightly, but with the P20 Pro, there’s none. 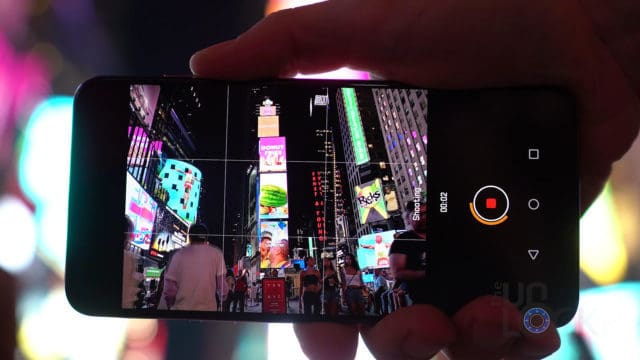 From my testing with it what it seems to do is take a ton of photos during the exposure, then lines them all up and brightens each part as needed, negating the minor shakes your hands create. It’ll even remove someone that walks through the shot which makes me think it knows to at least recognize objects and perhaps based on how long they are in the frame keep or remove them from the final photo. 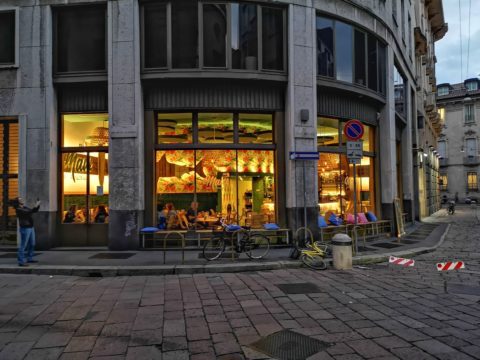 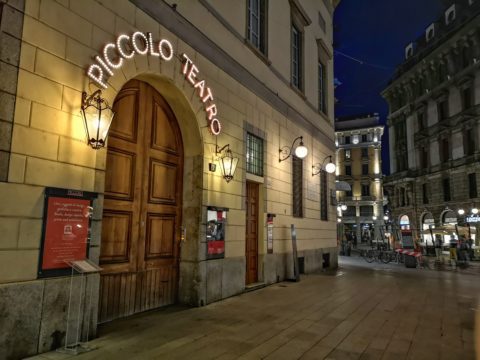 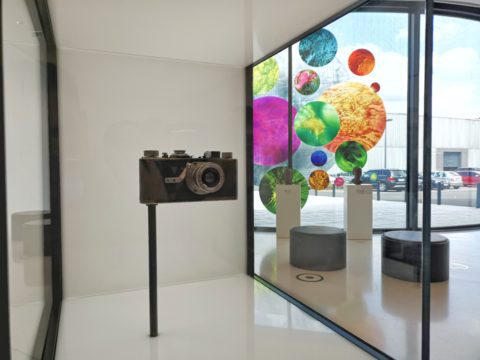 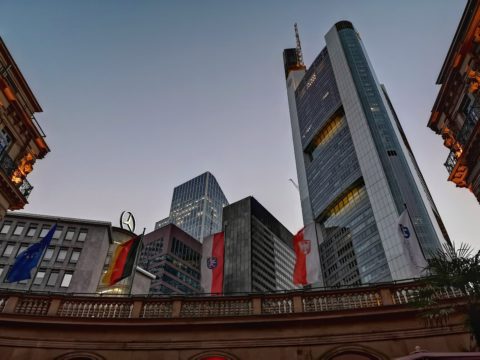 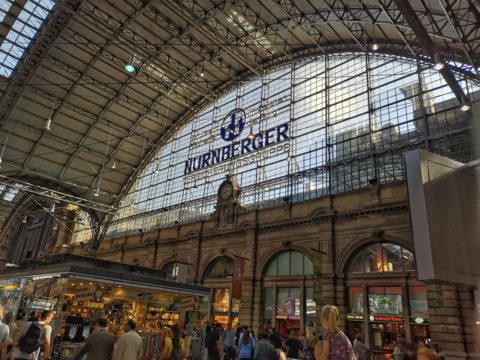 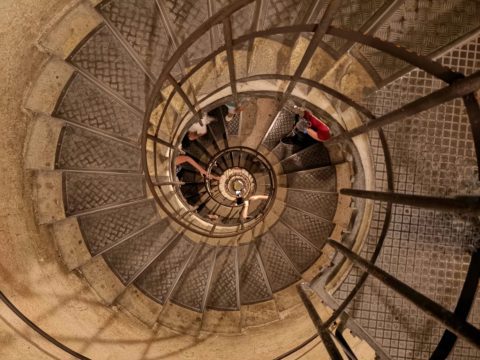 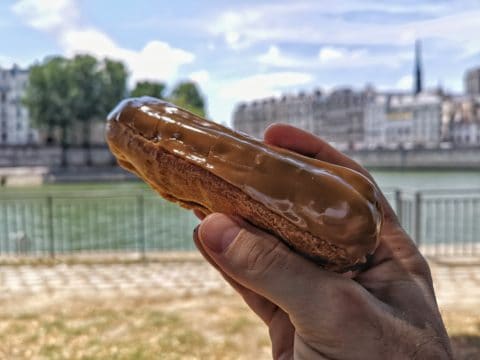 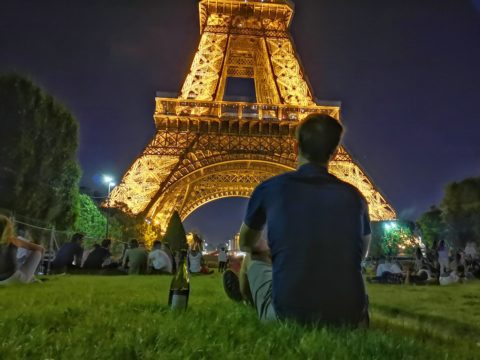 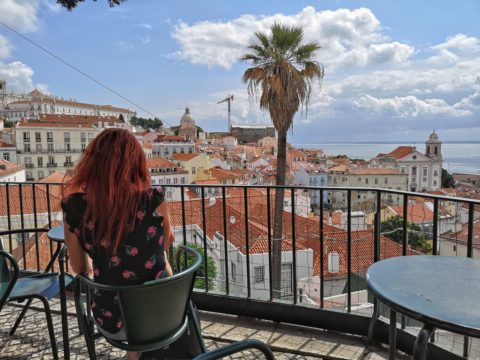 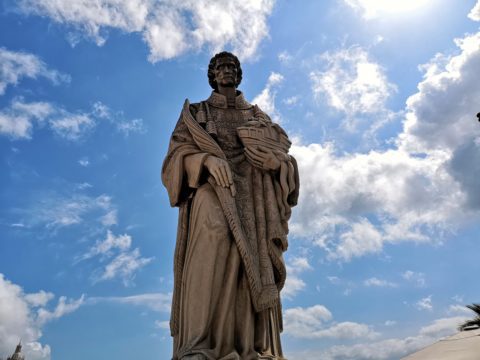 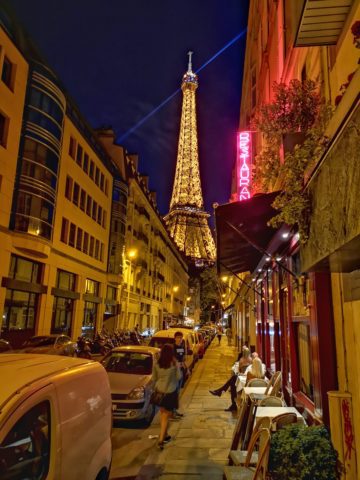 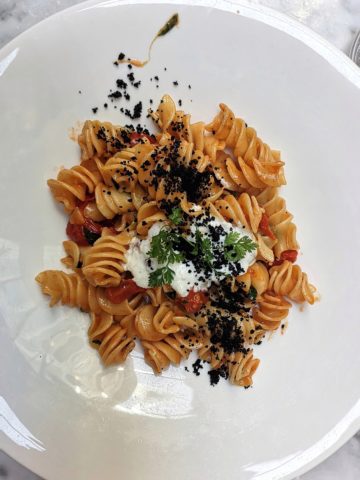 I even find myself using the Night Mode as an HDR Extreme mode during the day since it is a similar concept to HDR photos but the phone is clever enough to adjust the exposure for each part of the image and not just blow it all out from the long exposure time. Brilliant, no?

And there you go a quick explainer on why the Huawei P20 Pro is the go-to for low light photography for most YouTubers, tech journalists, etc. Let me know your thoughts in the comments below!