Those of you out there who have used a computer before (not many, I know…) have probably been concerned about internet and information security once or twice. There are lots of services out there to help you, from antivirus and identity protection, to secure file backups. But it can be hard to know which ones are worth your time. Which is why, today, we’re going to chat about Bitdefender. Bitdefender Antivirus has been in the online protection business since 2001, and is considered to one of the top security companies out there. With partners and subsidiaries in over 100 countries, Bitdefender has been used by over 500 million homes and offices around the world. 500 million. That’s a big number, ya’ll.

Bitdefender hosts a multitude of products –anti-virus and anti-spyware, firewalls, parental controls, file encryption, file backup, and more.What’s really cool is that Bitdefender overhauls their entire home-user line every year. That means all of their products for Windows, Mac, and Android get a complete makeover, ensuring you have the most up-to-date security possible, as well as new and innovative features. In 2015, they introduced a bunch of new security options, plus improved performance overall. To give you and idea, here are just a few of Bitdefender’s new features:

OneClick Autopilot is great at making security decisions for you. Never again will you be bombarded with confusing configuration options. You don’t have to know the in’s and out’s of every security measure put in place –Bitdefender will do that for you, and make sure you have the best coverage possible.

In the same vein of ease and simplicity, OneClick Optimizer will speed up your system and free up disk space. And all with just one click. Boom, done.

Are you guys seeing this pattern of easy ‘one-step’ features, too? In addition to the previous features, Bitdefender’s Wallet is here to not only make your online transactions safe, but even easier to complete. Wallet will save and auto-fill your credit card details, and ensure no one steals your info as you purchase that entire box-set of Lost (plus 30 hours of extra scenes and commentary. obvi).

This one might be my favorite. I mean, all that security stuff is well and good, but what about annoying pop ups and notifications? Stop bugging me while I’m Netflix bingeing! Now, Bitdefender can automatically detect when you’re working, playing games, or watching movies, and will prevent other apps from popping up and getting in the way of whatever you’re doing. 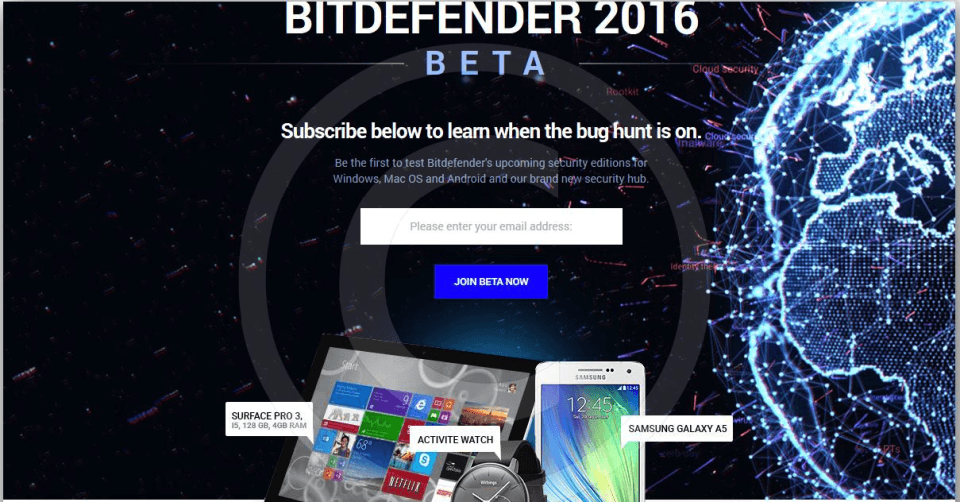 But enough about 2015, right? Bitdefender is already on to bigger and even better things. They have been hard at work on the new 2016 line and have recently begun looking for beta testers. If you’re interested in trying out the new products and helping figure out what’s working and what’s not, you totally can! Check out their site and to learn more about the Bitdefender 2016 Beta, and how you can help Bitdefender perfect their 2016 line of products. They promise “exciting prizes”, and “rewards based on your feedback contribution”. Not quite sure what that means, but I always love me a cryptic message about future surprises. Game on, Bitdefender.

Whether you’re a personal or business user, Bitdefender has something to help you out. And at a decent price, too (right now you can get a number of their home security products for $29, for an entire year of protection). Check out their website to learn about all their many security products and features.