From the original Razer phone up till now, we have seen a rise of gaming phones from various companies all touting how much better their phones are at playing games are than others are. But, considering a lot of these have the same processors, RAM, specs, etc. for the most part I’m curious: do we really need gaming phones? Why wouldn’t you just use any flagship phone to play games on instead of purposely buying a gaming phone?

First, check out the sponsor of this video, Trademore. A great place to buy and sell electronics (and help you afford these new phones for that matter). 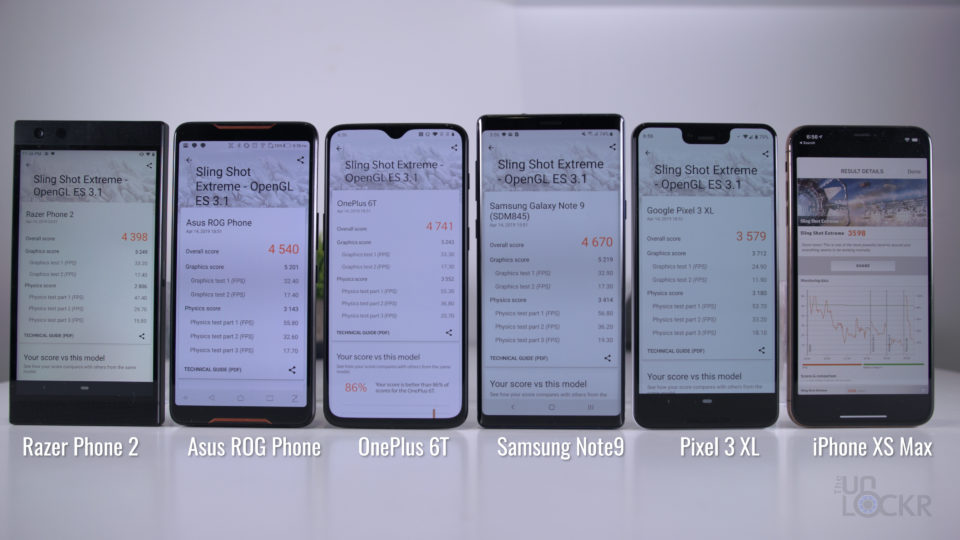 Okay, so if you were gaming on a phone, you’d probably be doing it a lot longer than these benchmarks run and maybe that would affect the frames per second over time as the phone heats up. The gaming phones definitely tout their cooling abilities so let’s run this long-form test and see if there is a drop in frame rates on the flagships vs the gaming phones. 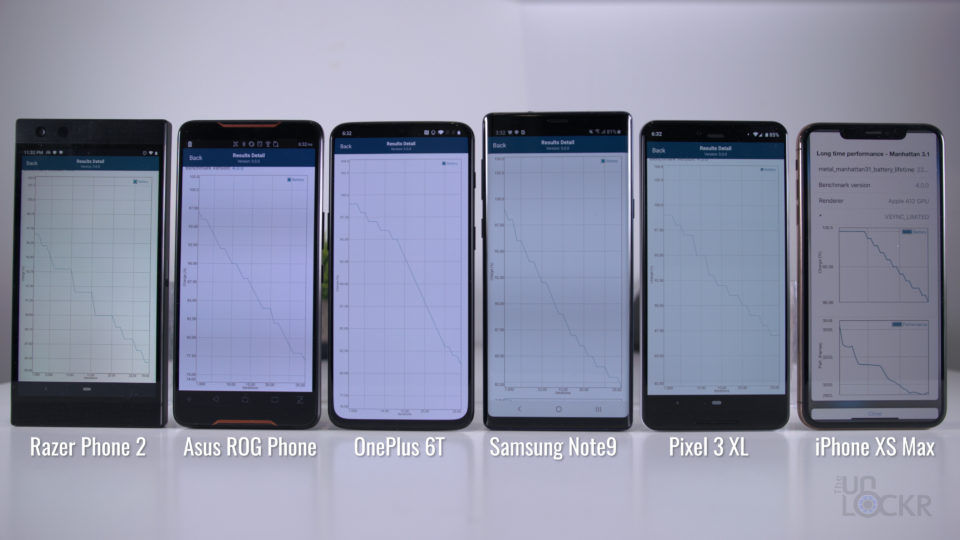 For the battery, it seems the gaming phones actually lost battery faster than the other devices in general. 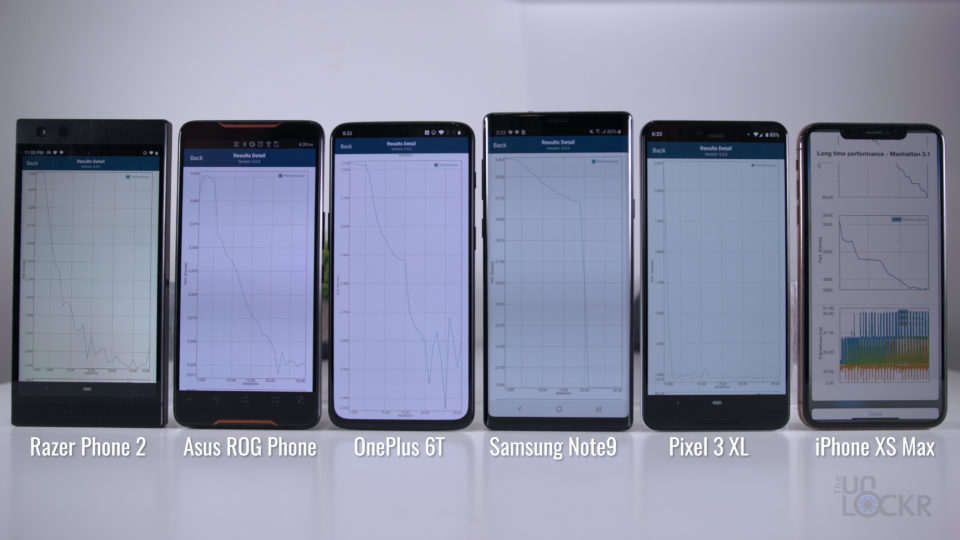 And when we look at the performance that makes sense considering it looks like they started out at higher performance than the rest and managed to keep that performance going a bit longer than the iPhone and the Pixel at least, but the Samsung and the OnePlus definitely kept up I’d say.

Now, lastly, these are benchmarks and they push the device to its limits to see what it can handle and frankly as we all know don’t represent real-world scenarios, right? So I decided to play the same game (the decently graphic intense Skyrim: Blades) and see if I could honestly notice a difference. And you know what? I couldn’t. Even from the worst performing Pixel to the higher performing gaming phones, it ran the same. 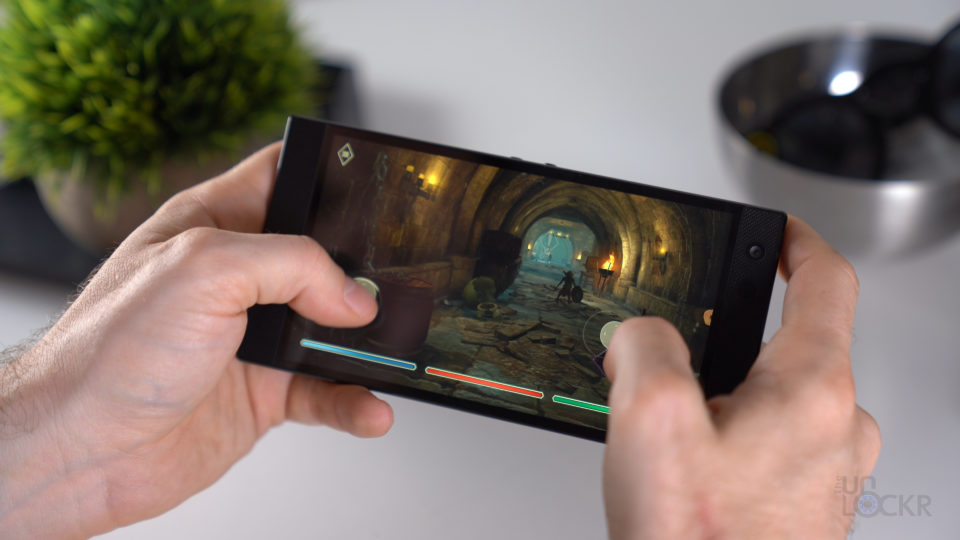 This does make a lot of sense. The truth is that they’re all running the same stuff with changes mainly being in cooling, and software more than anything else (software optimization is what makes that OnePlus kill every speed test you see on the web, for example). And the bigger factor is that mobile games aren’t that taxing on the system. Think about it, if you were a game developer who made money off of people buying your game (or buying things within your game) why would you make it game only people with the beefiest of systems could play? You’d want to make the game be able to run on the lowest common denominator of devices so you could increase the amount of people who could play/generate you revenue. Now, maybe one day, if developers see a market for it, we can get some ported games from consoles/PC that have minimum requirements and gaming phones can surpass those, etc. And then developers can charge a premium for these “hardcore mobile games” to justify the smaller user base. 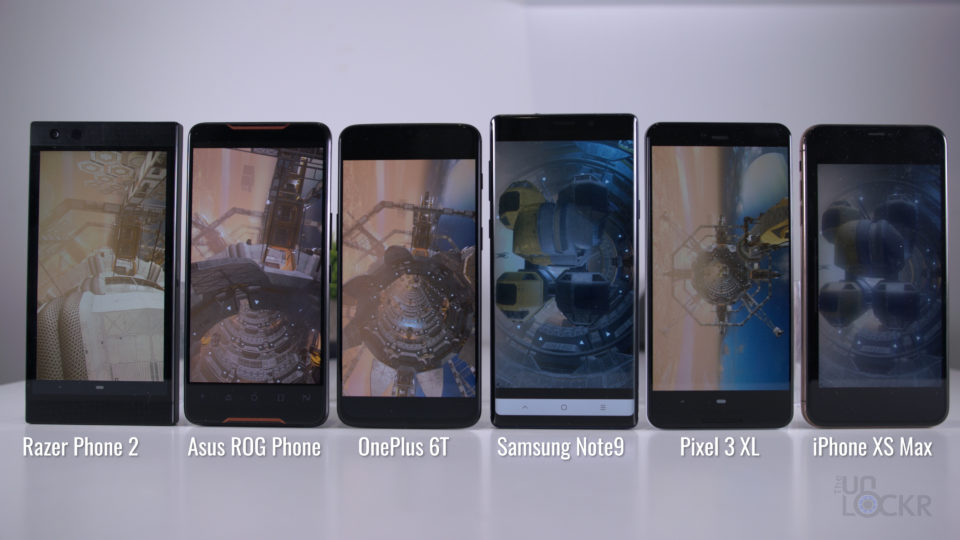 Now, besides performance, there are some benefits to gaming phones for gamers though, from custom accessories, controllers, dual screens, WiFi6 docks, etc. to software things like the AirTriggers on the Asus ROG phone and the mappable buttons on the Black Shark 2 controller that let you use physical buttons even if the game doesn’t support them my mapping a tap on the screen in a specific place to a button (super clever honestly). And then there are things like the insane display and speaker quality on the Razer Phone 2 that let you play at 120hz and hear in Dolby Atmos. The one big downside to gaming phones at least so far though, is you just have to live with a worse camera (after all laptop companies making these phones aren’t great at cameras, when did you last see a sick shot from a webcam?)