You are here: News » The New Surface Pro, Surface Pen, and Type Cover

The new device is very similar to the Pro 4 in terms of looks and form factor. We have the same detachable design, screen size, resolution, and even weight and size (for the most part). The only real noticeable difference looks-wise is that the corners are a bit rounder on the new Pro and if you have the kickstand out, you can tell it now extends 165 degrees basically allowing you to lay it flat-ish like the Surface Studio (which makes it more functional for sketching, in my opinion).

Seriously, they’ve gotten so much better at these videos, amirite??

On the inside we have a bump in specs as the new 7th gen Intel Kaby Lake processors are inside and the integrated GPUs all got a similar bump in generational specs (most powerful GPU is the Intel Iris Plus 640).

Ports are the same as the Pro 4 as well including the same charger, one USB 3.0, MiniDisplay port, SD card slot, and headphone jack. 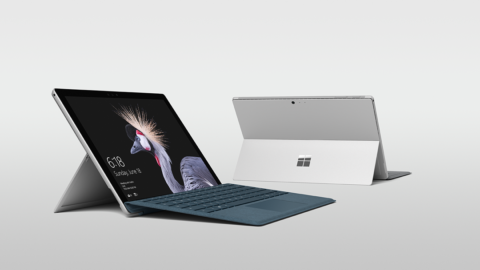 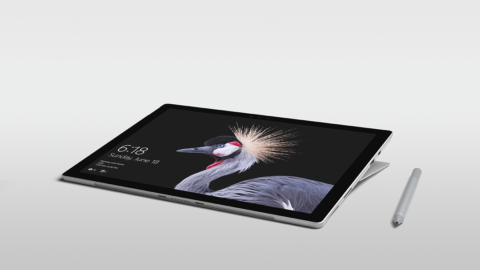 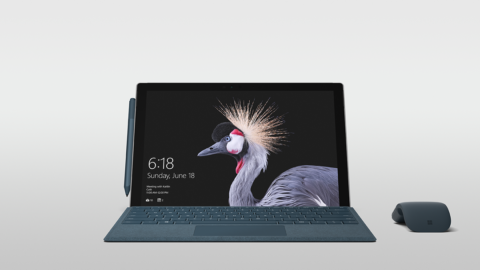 The big differences that Microsoft is touting here is the huge jump in battery life (has a reported 13.5 hours instead of the Pro 4’s 9 hours) and that there is an option to have LTE built in with carrier options announced at a later date.

Also, nice to note that instead of just the Core m3 option being the only fan-less model, the i5 model is now also fan-less on the new Surface Pro.

Alongside the new laptop, there is a new Type Cover with that alcantara material from the Surface Laptop they launched earlier this month.

In addition to the material, it also is a bit “clickier” with a bit more travel in the keys (which I always appreciate). They’ll also work for the older Surface Pro 4 as well, and come in the new Platinum, Burgundy, and Cobalt Blue colors from the Surface Laptop (which after seeing in person at that event I now want something in that Burgundy and/or Blue, it’s real pretty). 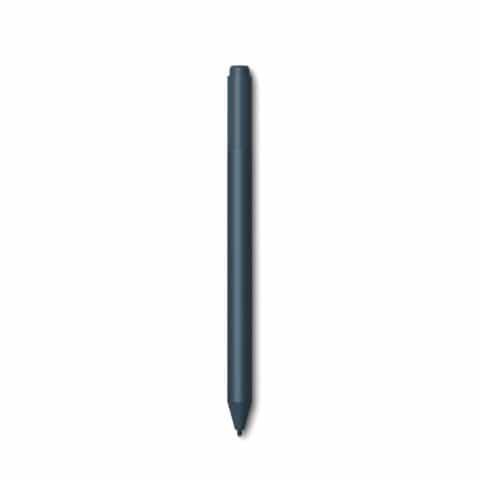 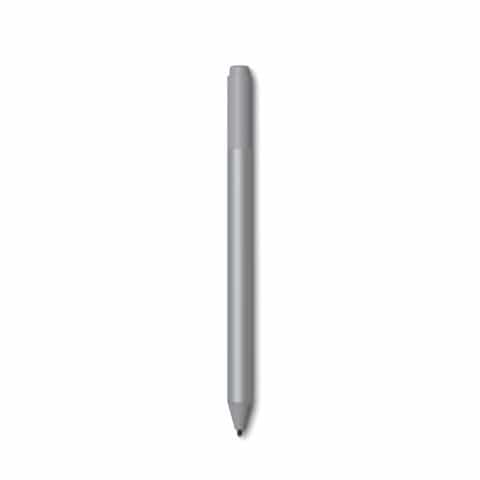 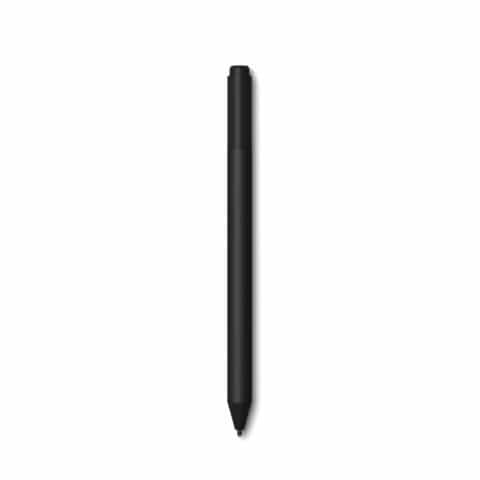 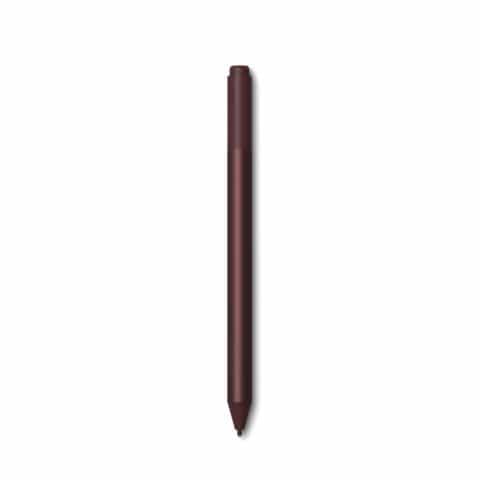 Microsoft also showed off something a bit more interesting than the TypePads and that’s the new Surface Pen. Microsoft says it has 4x the pressure sensitivity as the old pen as well as no lag. Check it out in their new video below.

The pen, like the Type Cover, they now also come in those same four colors. I’d like to think I’m not alone in the fact I am that person who would make all of them match and have a oddly satisfied feeling come from it. 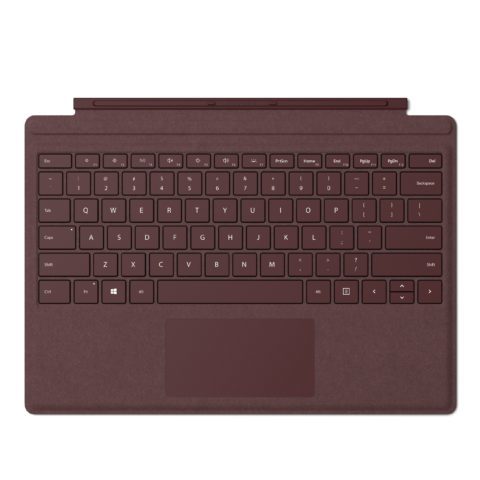 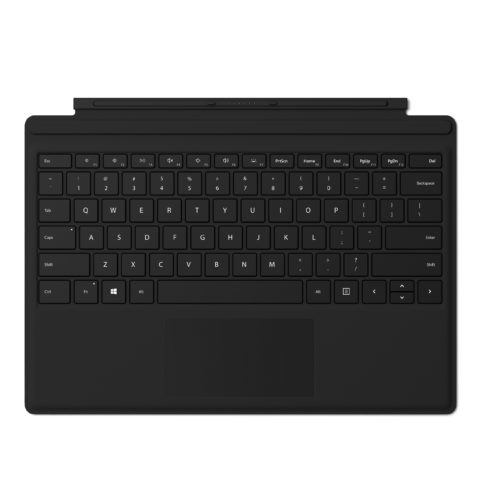 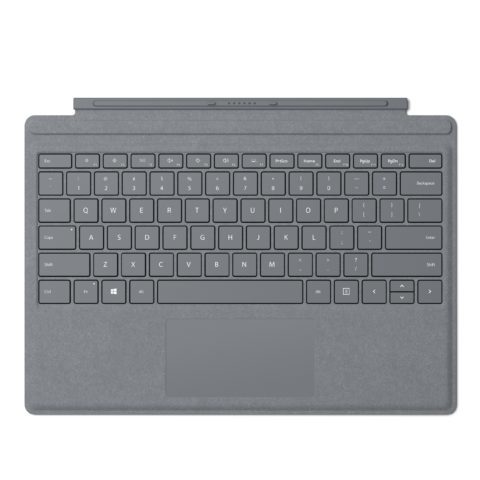 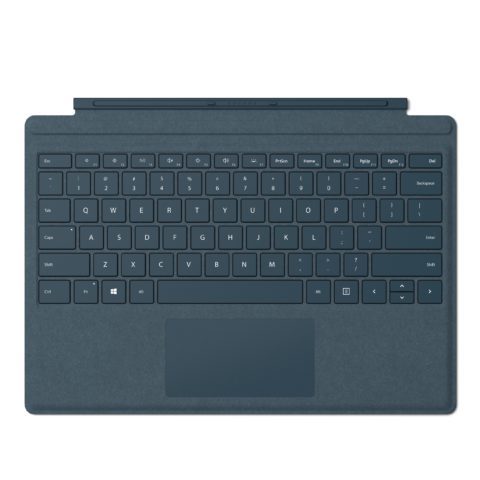 Now, this might not be the biggest upgrade to a device but it definitely seems appropriate for their bigger picture –a coherent Surface line up, Love the matching colors that are recognizable (and imagine we’ll see this continue with other Surface devices), the new accessories seem to all be working with all of the devices in the line up, etc.

On top of that, they’re keeping the price higher frankly, but for those that are complaining about the price, it’s clear to me they’re trying to become a more high-end manufacturer for their OS (sounds a lot like the Mac playbook frankly) and letting their OEM partners create the lower-tiered offerings (even if some are better spec’ed, etc. than the Surface line up, it’s still a different audience for now–not everything is in the specs and numbers, emotions motivate purchases, too).

I’ll leave my opinion at that for now, just some initial thoughts really, but would love to see how this all continues to pan out for Microsoft and the Surface team. And I still want something in that Blue…

Check out the full specs and press release at the link below and let me know what you guys think of it in the comments below, always love to hear from you guys!