You are here: Latest Tech » Razer Project Linda: Turn Your Razer Phone Into a Laptop (Video)

I’m here at CES and wanted to try and get some videos out for you guys of some of the stuff I’m being shown. This is a tech convention though, so please excuse the quick and dirty nature of these. First up, let’s talk about Razer.

Razer, as is Razer fashion, had a new Project to unveil at CES. This time it’s called Project Linda and is a laptop dock for your Razer phone.

Project Linda is based on the Razer Stealth design with the same length and width but is slightly thicker by a hair and definitely lighter (thanks to not having any internals). It is basically a dummy terminal that is entirely powered by the Razer phone. 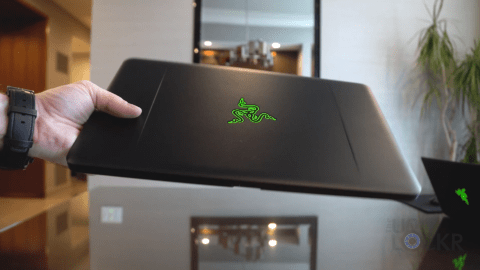 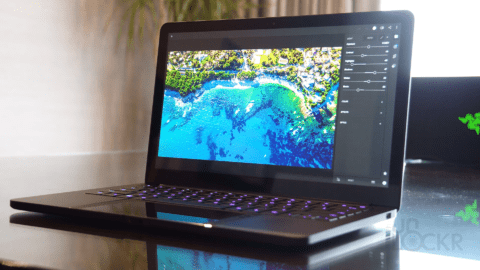 The phone slots into a Razer phone shaped hole under the keyboard and then you push a button and it makes an amazing sound, and the phone is locked in via a USB-C connector that pops out and into the phone. 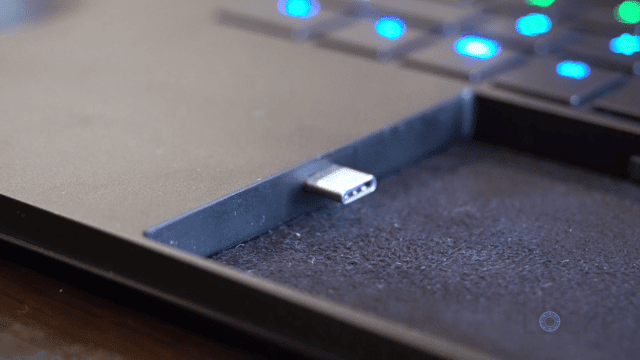 Once locked in, the Razer phone becomes the trackpad and also a second screen depending on the application you are using (think inventory for your game or a photo gallery for editing in Lightroom, etc.). And you then have access to the full sized Chroma enabled keyboard and the 13.3″ screen that Razer is also aiming to mimic the Razer phone with QuadHD, 120hz and touch-enabled on the real model in the future. 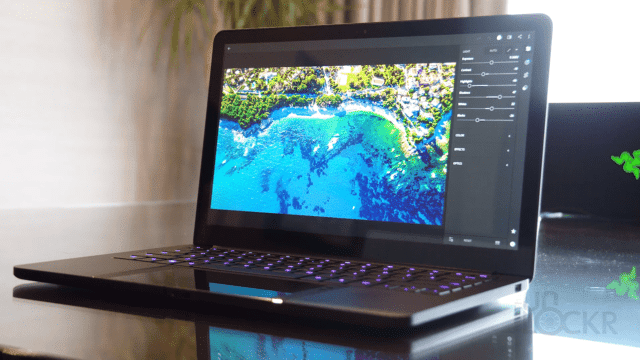 Razer also used a customized version of Sentio Desktop, an app available from the Play Store, that turns the experience into a more desktop-like one with a start menu and windows for your Android apps, etc. 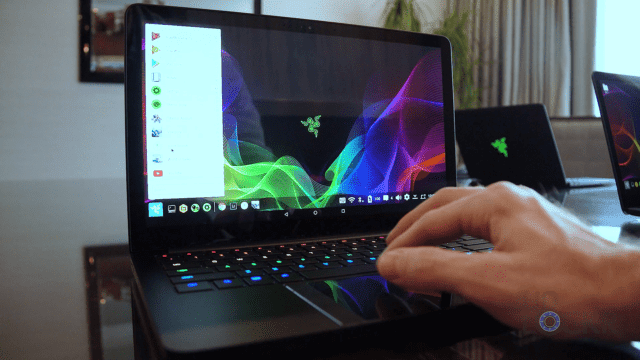 In addition to extending the display and the use of the keyboard, it also has a 53.6wh battery inside that can rapidly charge the phone over 3 times when away from AC power and has 200GBs of storage should you want to offload or backup the phone to the Linda device.

It has a 3.5mm audio jack, USB port, USB-C charging port, 720P webcam, and dual array microphones. One thing missing, speakers. If you’ve ever heard the Razer phone’s own speakers though, you’ll know why. It has plenty of sound power without needing external ones. 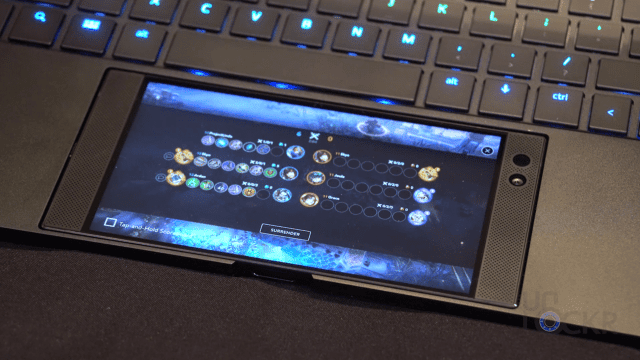 Now, the idea behind these projects for Razer though, if you aren’t familiar, is the announce them and then gather feedback from users, press, etc. about the concept and then if the interest is there will try and actually bring it to market. You can reach out to Razer on their social networks or site if you want to chime in and let me know in the comments below what you think of this as I’d love to hear from you, as well.

Follow me on social for more CES coverage that doesn’t make it to video.