You are here: Latest Tech » Audio » Sony HT-Z9F Soundbar Complete Walkthrough: Closest to Theater Sound You Can Get for the Money

This video is way overdue. I’ve been slammed with travel and other content and the fact you can’t do a video on a soundbar without being in a house, doesn’t help. Regardless, I finally got some time with the Sony HT-Z9F Sound Bar and, well, I’m mad I didn’t get to it earlier. More on that later, though.

The Sony HT-Z9F is Sony’s latest 3.1 surround sound soundbar that they claim can deliver 7.1 Dolby Atmos and DTS:X sound for less money. What they mean by that is that even though it only has three speakers in the front of it (not including the optional satellite speakers), it uses some smart software to “project” sound vertically, behind you, and above you. This is something 5.1/7.1.2 systems do with speakers on the top of the bar aimed at the ceiling that bounces sound back down at you, side speakers to project sound around you, etc. But, we’ll get to how well that works and a demo for you guys shortly, for now, know that’s the gist of the offering. 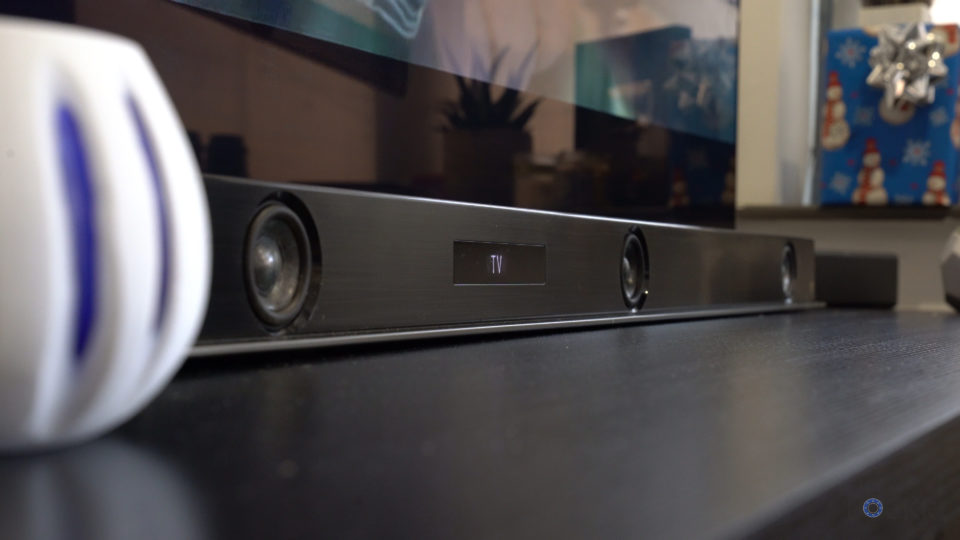 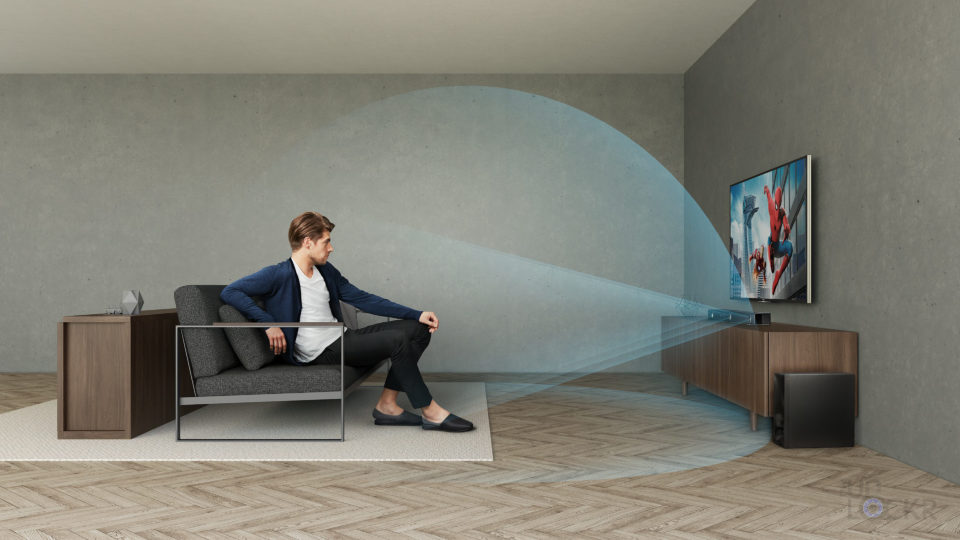 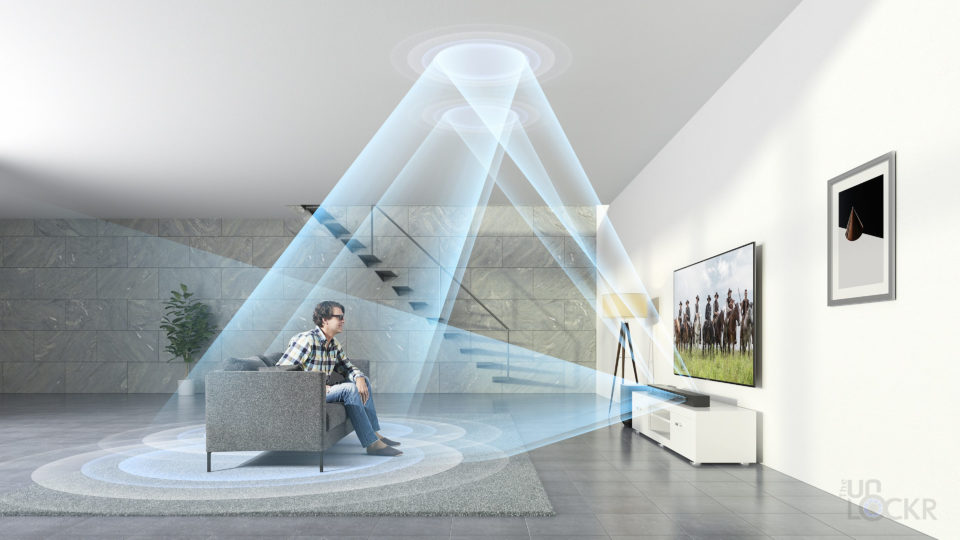 The sound bar is 39.5 inches wide, only 2.5 inches tall and about 4 inches deep. Placed on my entertainment center in front of my 65″ Samsung Q7F TV shows you some perspective and hopefully gives you an idea of what it might look like under your TV. Inside is three 46-mm drivers that you can access by removing the magnetic grill if you want. 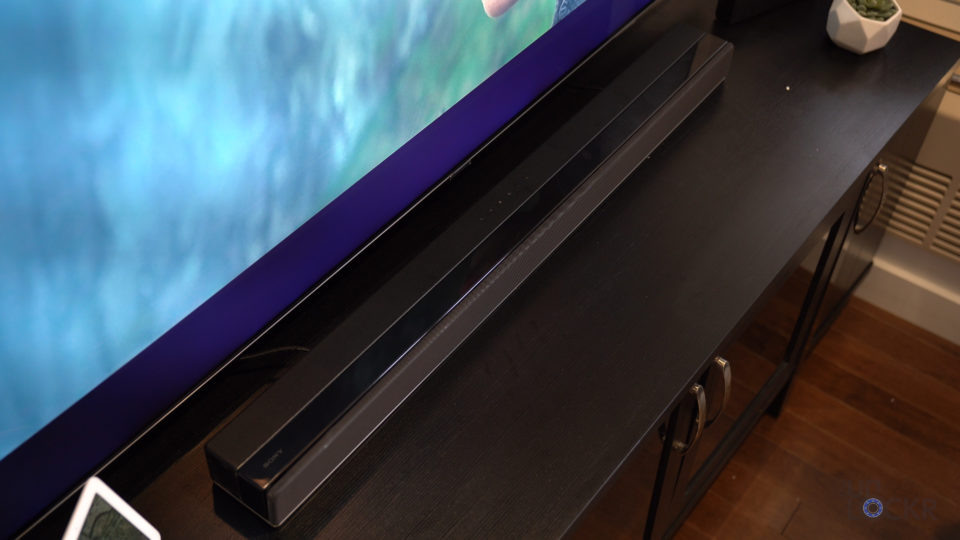 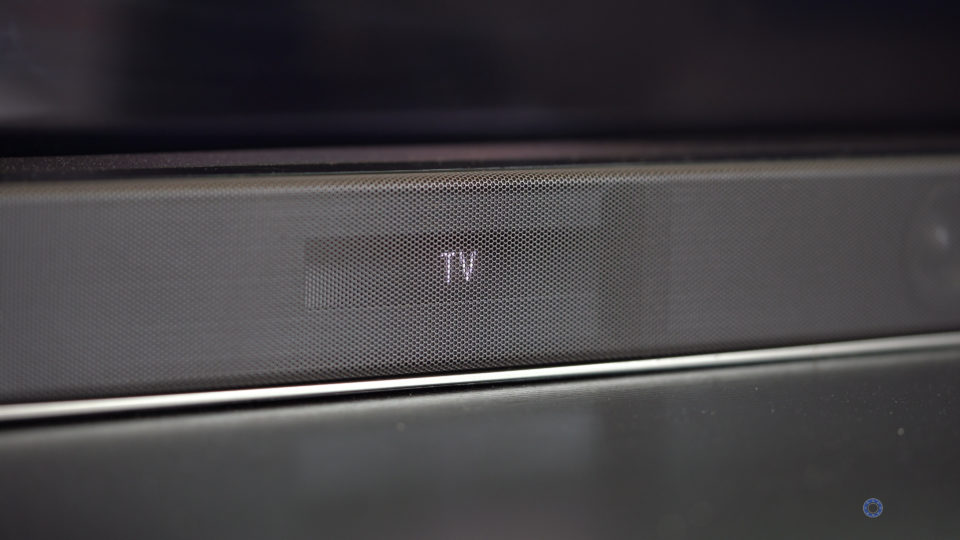 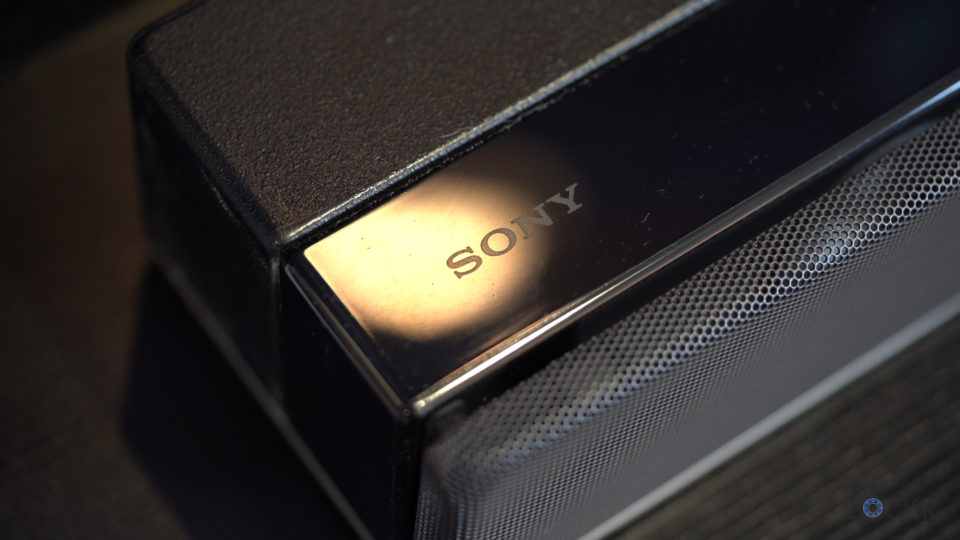 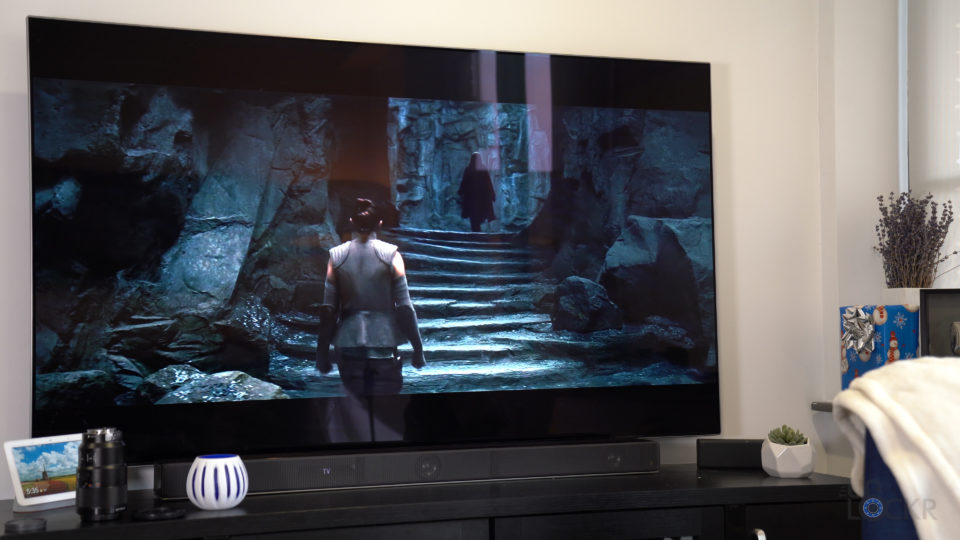 In addition to the soundbar, it also comes with a wireless sub-woofer that I placed to the left of my entertainment center because that’s how the quick setup guide had theirs and who am I to argue with it. That unit has 160mm woofer inside to handle all the low-end stuff. 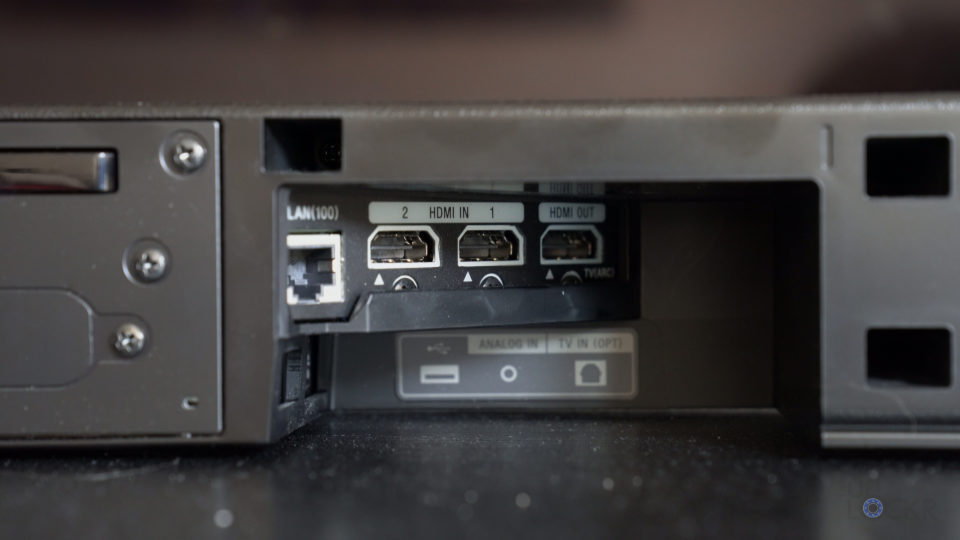 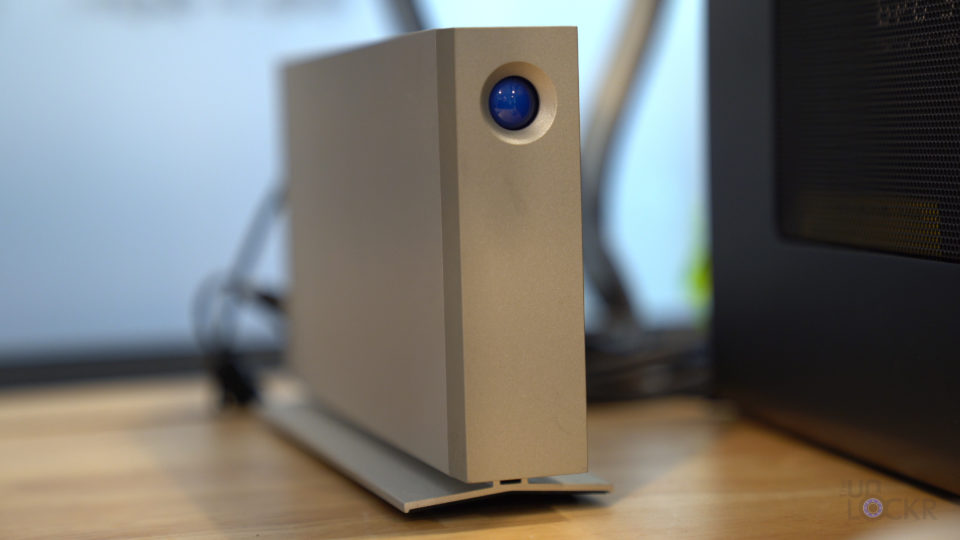 On the back of the soundbar, we have all of our ports. We have two 4K, Dolby Vision-compatible HDMI 2.0a/HDCP 2.2 inputs, and one ARC-capable HDMI output, as well as an ethernet port and an optical input. We have a USB port that allows you to play audio from a USB drive or external hard drive if you want, and a 3.5mm audio input, as well. 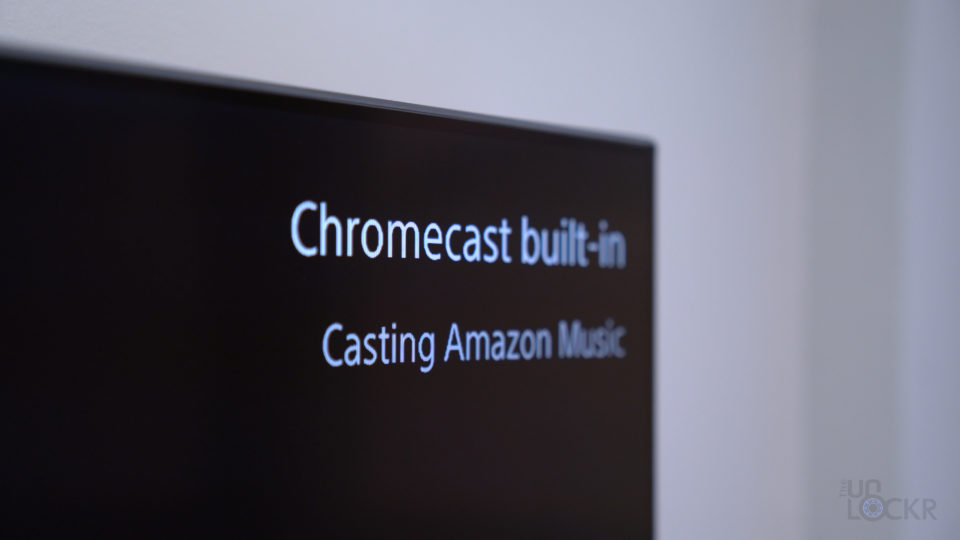 The system supports WiFi, Bluetooth, and has Chromecast support as well as is Alexa compatible so you can stream music to it from your phone via Bluetooth, tell it to play music using Alexa, and cast videos/music to it via Chromecast and have it display on the TV, for example. 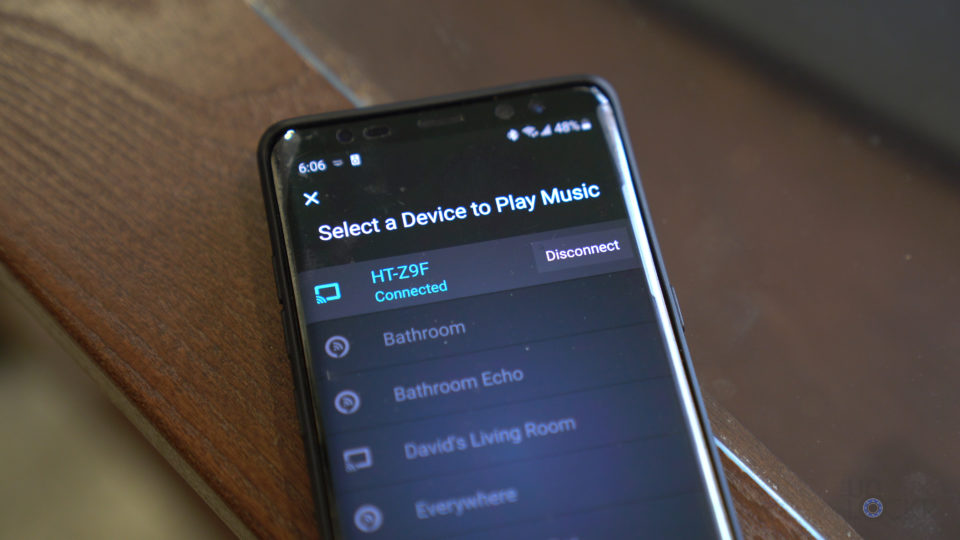 Something else I noticed that is clever is that Sony put an IR repeater at the rear of the soundbar so you can have the soundbar send IR signals to control the TV even if it’s placed in front of the TV and blocking the TVs IR-sensor (like mine is). 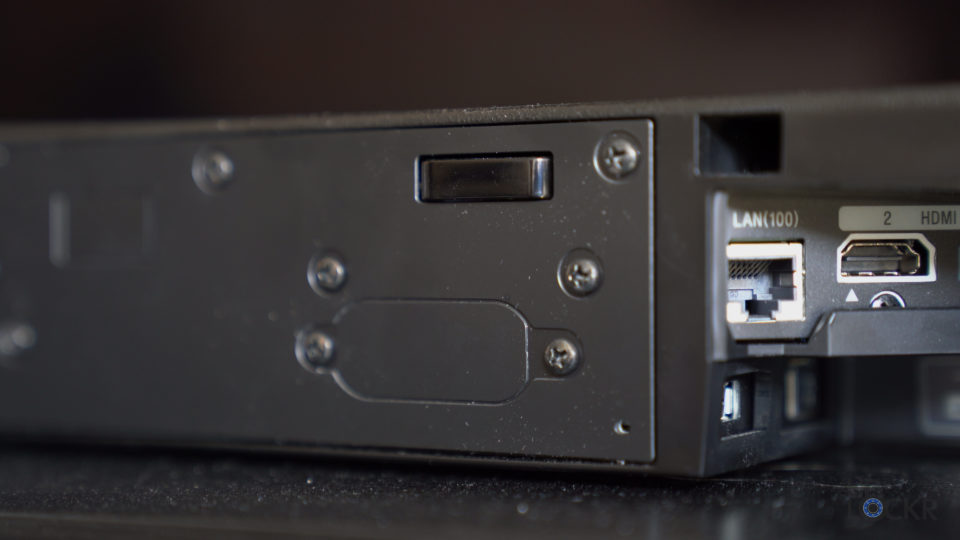 Now, this setup costs $900 and, as mentioned is supposed to give you surround sound comparable to a 7.1.2 system just like that. There are, however, a pair of optional satellite speakers you can add for an extra $300.

Soundbars generally don’t have a good reputation when it comes to setting them up–they can be overly complicated, for sure. This one, though, is the opposite of that. It took me maybe 5 mins to set everything up (including the two satellite speakers). 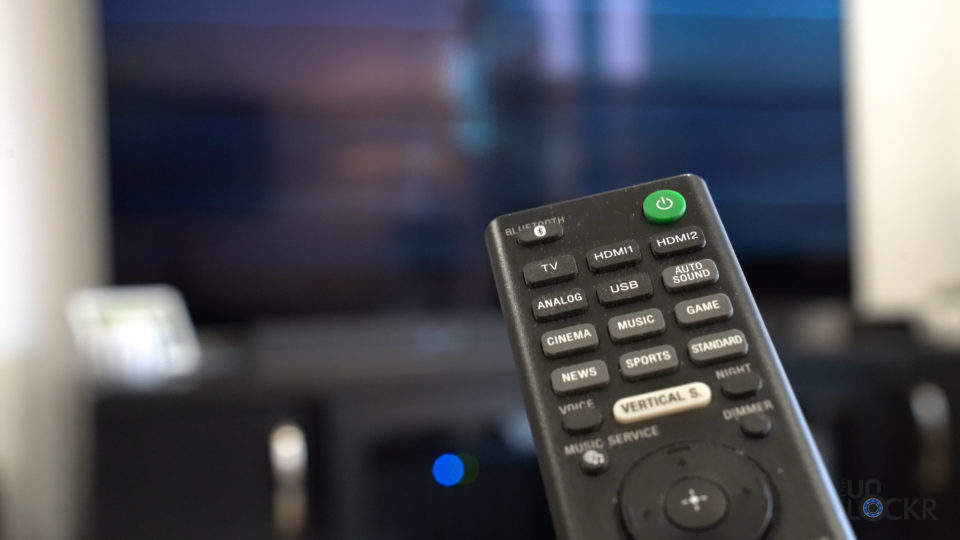 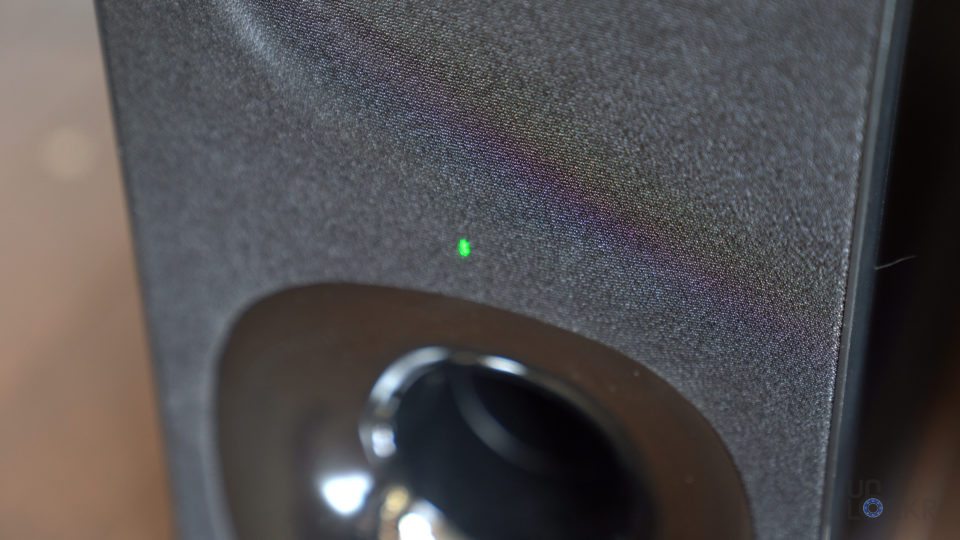 I plugged in the main bar into the power outlet, plugged in my HDMI cable from the ARC-enabled HDMI output and into the ARC-enabled HDMI input on my TV. Then I plugged in the subwoofer and two other speakers, turned them all on, and pushed the green power button on the remote to turn on the soundbar itself. After that, I was given green notification lights on all four units telling me that they were all connected within maybe 60 secs. Done.

Ok, but what do they sound like. Well, my dad is visiting, and we’re both excited about the new Star Wars trailer, so we decided to rewatch The Last Jedi. 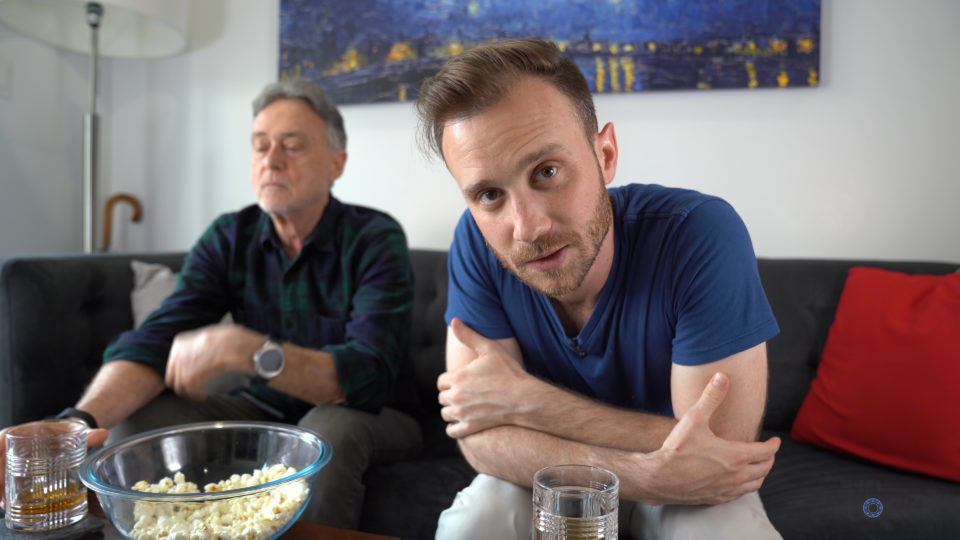 While we’re watching this, I can tell you that even without the rear speakers, it does do an excellent job of convincing me that there are more speakers around me than just the bar in front and it’s pretty impressive in that respect. I’d say it doesn’t quite reach the level of sound coming from above me as you’d get with a system that has real top-firing speakers, but there is an element of vertical sound, for sure.

Besides Dolby Atmos and DTS:X content, it also has Sony’s DSEE HX upscaling tech that takes standard audio and upscales it to close to “near-high resolution sound quality.”

Now, since you guys loved my Sony MX1000 Mark 3 video where I put my microphone in the cup to demonstrate the noise-canceling, I wanted to try and give you guys some way to hear these for yourself and think I might have a way to do that. 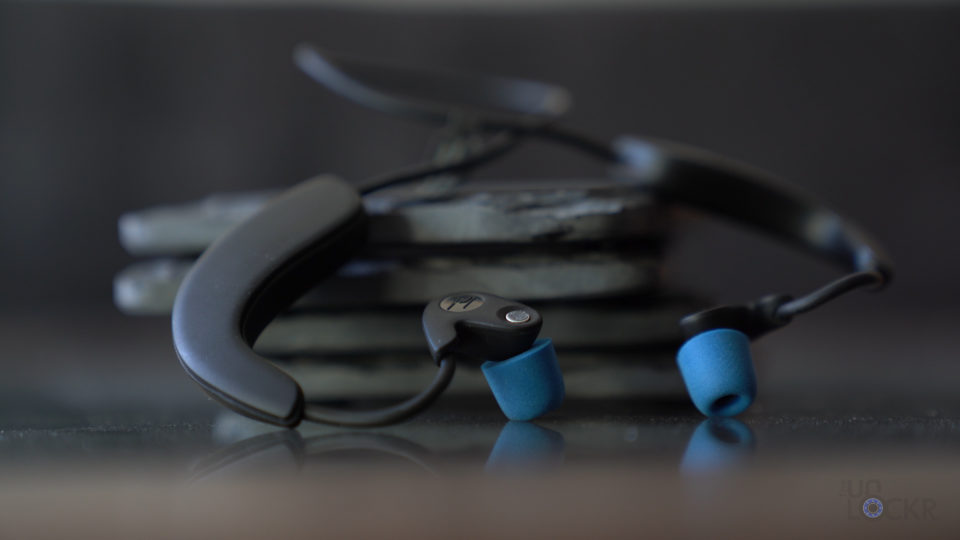 So, this the Hooke Audio Verse and they are binaural 3D audio headphones that are also capable of recording sound like that, as well. Thus, the idea here is I’m going to put them on, move my head around, and they will record the audio as my ears hear it in 3D. Then using the software they channel it down to stereo so you should be able to listen to it through your stereo capable phone/computer speakers and if you have some headphones, put those on, and you’ll hear the effect even more (see the video above).

I’m not an audiophile by any means, but I know when something impresses me. The Sony HT-Z9F Sound Bar gives you an upgrade to your standard TV audio and with all that connectivity is an excellent way to play music from your phone, Spotify, etc.

When compared to a proper 7.1.2 system like Sony’s HT-ST5000 which is $1500 you’re getting pretty close in terms of sounds to an almost twice the price sounds bar. And if you want extra immersion $300 for the two rear speakers isn’t a bad deal considering you’d also need to buy rear speakers for that, too. 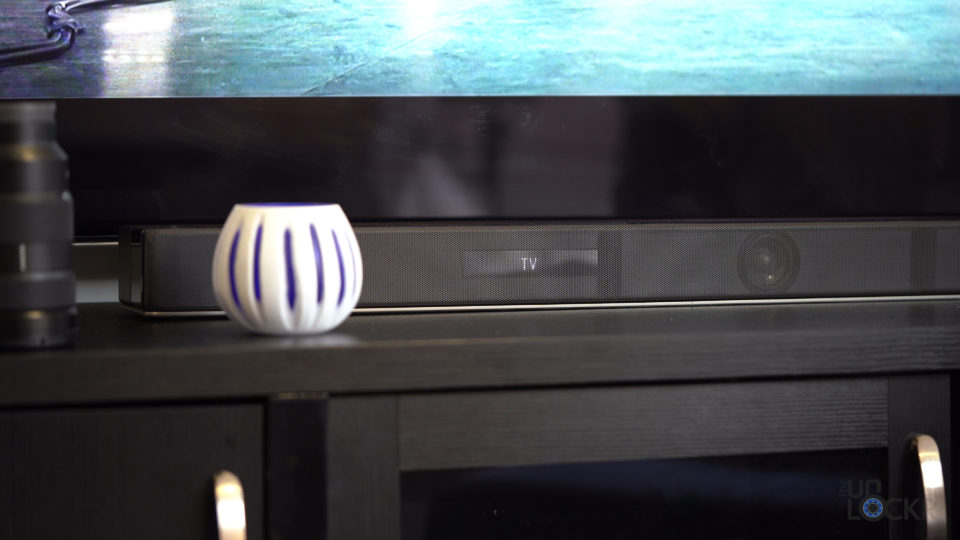 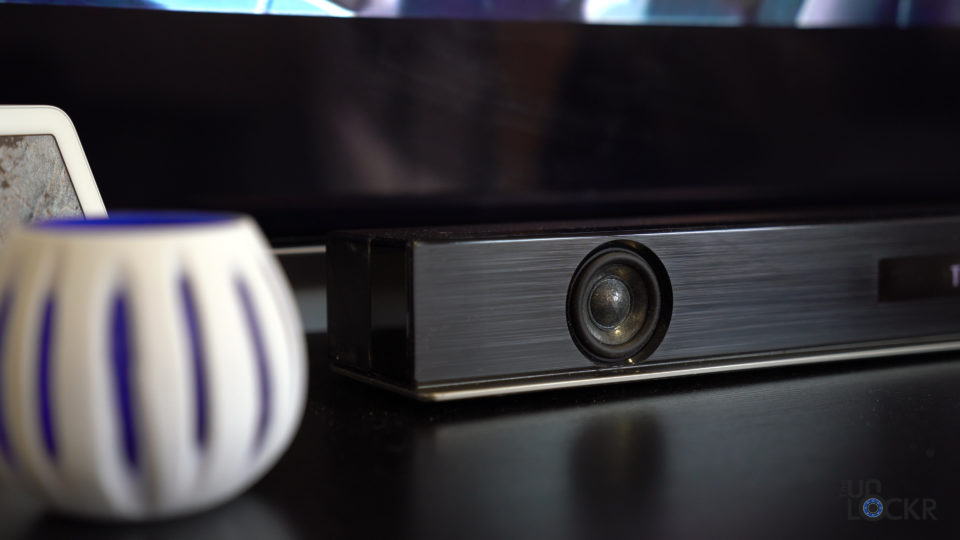 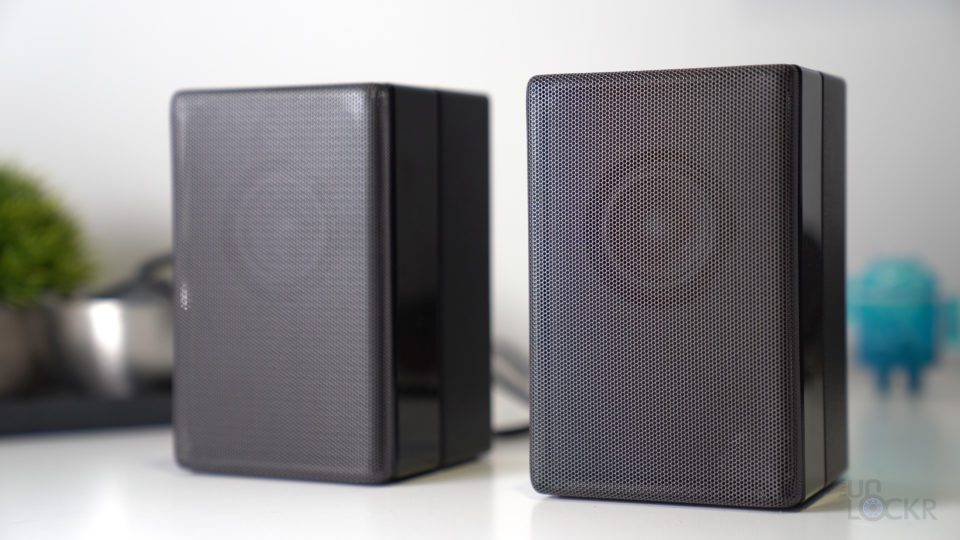 All in all, and considering all the other glowing reviews, and ratings on this system, I think this might be the closest to Cinema quality sound you can get for your living room for the money.

Let me know what you guys think!